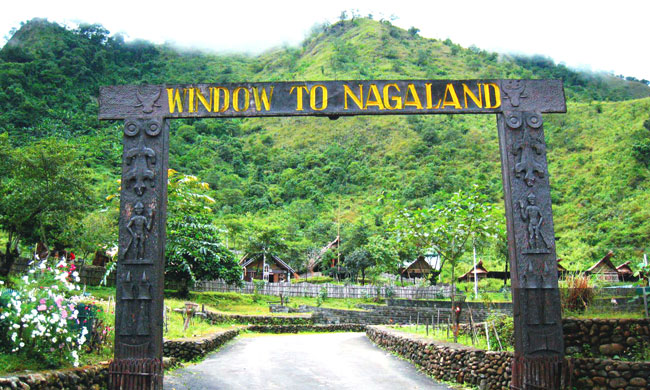 The Supreme Court on Tuesday dismissed a PIL challenging the "unbridled power to the State to prescribe 'Inner Line Permit' for Indian Citizens" to travel in some parts of the Country, as arbitrary, unreasonable and offensive of Articles 14, 15, 19 and 21.

The petitioner Ashwini Kumar Upadhyaya, BJP leader and Advocate has sought a declaration that an ILP applies to only foreigners and Indian citizens can move freely throughout the country.

Not impressed by the claim of the petitioner that ILP encroaching on the basic rights of the small Hindu population in the state of Nagaland, the bench headed by Chief Justice Ranjan Gogoi rejected the plea, commenting, "In Himachal Pradesh, 98% people are Hindu. There also there is an ILP".

The petitioner has sought a declaration that  Sections 2, 3 and 4 of the Bengal Eastern Frontier Regulation, 1873, which gives unbridled power to the State to prescribe ILP for Indian Citizens, is arbitrary unreasonable and offends Articles 14, 15, 19 and 21 of the Constitution of India

The Constitution provides free movement of Indian citizens across the country and to get permission from the government to visit any place denies this right. Some States have ILP system but other States which have similar features don't have. So, it questions the rationality of granting ILP for some states and denying it to other. As these States are central to the Act East Policy, any restriction will hamper the efforts to connect this region to mainland. So, the Government should look at problems - land rights, mineral resources and livelihood opportunities.

He contended that although Dimapur province was governed by the Kachhari kings till the 20th century but it cannot be said that the Indian citizens are not the part of same race. Therefore, cannot be considered as immigrants. Presently, Gujaratis, Rajasthanis, Biharis, Jharkhandis, Bengalis, Gorkhas, Bodos, Dimasas, Karbis, Garos etc. have been regarded as outsiders by the Government of Nagaland, which is a racial discrimination

He argued that the Constitution provides free movement of Indian citizens across the country and to get permission from the government to visit any place denies this right.

"Imposing a quasi-visa system by the State for Indian citizens has divisive implications, internationally shows the country in bad light and restricts integration of cultures, public discourse and awareness. The way forward is to not impose Inner Line Permit (ILP) in new areas instead gradually removing it by addressing the issues through other channels such as border patrolling, use of technology, strong land rights to prevent encroachment, financial devolution, increasing accountability".

That the government should not encourage the ILP system and instead make sure that people of particular States are not deprived of economic opportunities due to migrants, was his contention.

Petitioner also sought a direction to take appropriate steps for protection of life and liberty, properties and other fundamental rights of Non-Nagas, guaranteed under Articles 14, 15, 19 and 21 of the Constitution of India