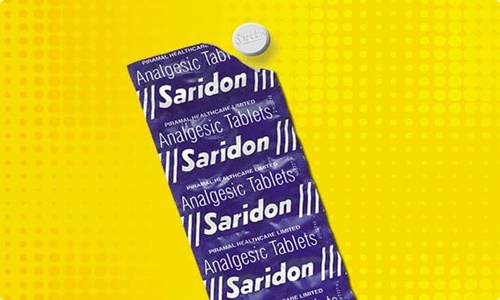 Popular drug for headache Saridon has been exempted from the list of banned fixed-dose combination (FDC) drugs because it was being manufactured even before 1988.

A bench of Justice Rohinton Fali Nariman and Justice Vineet Saran exempted the formulation of Saridon from the list of banned drugs in keeping with its decision in Union of India & Anr v Pfizer Limited & Ors.

"Insofar as the above applications are concerned, the drugs in question i.e. Paracetamol + Propyphenazone + Caffeine/Ammonium Chloride + Sodium Citrate + Chlorpheniramine Maleate + Menthol/ Salbutamol+ Hydroxyethyltheophylline (Etofylline) + Bromhexine/ Chlorpheniramine Maleate + Ammonium Chloride + Sodium Citrate claim to be manufactured pre-1988. Hence, they would be at par with the list of 15 drugs that were referred to in our judgement in Union of India & Anr. vs. Pfizer Limited & Ors. (2018) 2 SCC 39."

"Insofar as these drugs are concerned, they may be continued to be manufactured/distributed and sold notwithstanding any notifications that may have been issued, and will be subject to the same directions as that contained for the 15 drugs that are pre-1988 in para 36 of our judgment," said the bench.

It is to be noted that in para 36 of the mentioned Pfizer judgment, the court had exempted 15 drugs from the list of FDCs banned by the Centre following the recommendation of the Kokate Committee.

These 15 drugs were being manufactured prior to 21st September 1988, and were already approved by the Drug Controller General and were never to be referred to the Kokate Committee for revaluation.

The bench clarified that the formulation of Saridon is also exempt from the ban, it being pre-1988.