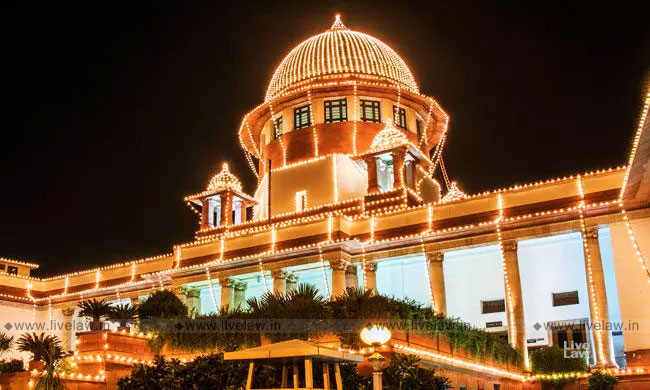 By way of interim reprieve to teachers in a scheduled District in Jharkhand, the Supreme Court on Wednesday allowed that they shall continue in service and shall not be displaced by the High Court decision asserting that a policy of 100% reservation in matters of employment violates the very essence of Fundamental Rights.A full bench of the Jharkhand High Court had on September 21 struck...

By way of interim reprieve to teachers in a scheduled District in Jharkhand, the Supreme Court on Wednesday allowed that they shall continue in service and shall not be displaced by the High Court decision asserting that a policy of 100% reservation in matters of employment violates the very essence of Fundamental Rights.

A full bench of the Jharkhand High Court had on September 21 struck down the appointments of 8,423 government primary school teachers from 13 Scheduled Districts of the state.
Issuing notice in the SLPs, the bench of Justices Ashok Bhushan, R. Subhash Reddy and M. R. Shah allowed the counsel for petitioners to serve a copy of the petition to the standing counsel for the State of Jharkhand.
"Looking to the nature of issues raised in this special leave petition, we are of the view that matter needs early consideration by this Court. We, thus, fix this matter for 04.11.2020", said the bench.

"In the meantime, those teachers, who are working in the scheduled District shall continue to work and shall not be displaced in pursuance of the impugned judgment of the High Court. Interim relief till the next date of hearing", directed the bench.

Senior Advocates Mukul Rohatgi and P.S. Patwalia appeared for the petitioners, while the respondents were represented by Senior counsel Gopal Sankaranarayanan and Harin Raval.

The petitioners before the HC full bench of Justices H. C. Mishra, S. Chandrashekhar and Deepak Roshan were the aspirants for the post of Trained Graduate Teachers in various subjects in the Government Secondary schools, for which they underwent selection process, but could not be appointed in the schools situated in thirteen scheduled districts in the State, because they were not the residents of the scheduled districts. In the present set of writ applications, the constitutional validity of the notification and order issued by the State Government, dated 14.07.2016 was under challenge. By the said notification and order, it has been stated inter alia that in the 13 scheduled districts of the State, i.e., the districts of Sahebganj, Pakur, Dumka, Jamtara, Latehar, Ranchi, Khunti, Gumla, Lohardaga, Simdega, East Singhbhum, West Singhbhum and Seraikella-Kharsawan, only the local residents of the concerned scheduled districts shall be eligible for appointment on the District Cadre Class-III and Class-IV posts for a period of ten years from the date of issuance of the notification.
Heavy reliance was placed on the April 2020 verdict of a five-judge bench of the Supreme Court in Chebrolu L. Prasad's case, here it was held that 100 per cent reservation of teachers belonging to the Scheduled Tribe category at schools situated in "Scheduled Areas" is constitutionally invalid.

The Constitution bench led by Justice Arun Mishra quashed the Government order issued under the hand of Governor of State of Andhra Pradesh which had affirmed absolute reservation for ST teachers and imposed costs on both Andhra Pradesh & Telangana Government's, seeking reasons from the Government's for breaching the 50% ceiling in reservations. The Court has also reiterated the Indira Sawnhey Judgement, according to which Reservations are constitutionally valid if they do not go beyond 50%.

The issue had reached the Apex Court after an appeal was filed against the Andhra Pradesh High Court Order that had upheld the Government Order providing for the aforementioned cent per cent reservation.

The court had, however, interpreted the judgement prospectively and not "retrospectively" and held that the existing appointments made in excess of the 50 per cent reservation shall survive but shall cease to be effective in the future, thereby providing a relief to those who had already been appointed basis the said government order.

On a plain reading of the impugned notification and order, the High Court bench found that the Governor of Jharkhand has directed that the provisions regarding "eligibility of the appointment" mentioned in the various appointment rules as framed by the State Government under Article 309 of the Constitution of India, for the appointment to district cadre posts shall be deemed to be modified to the extent that cent-percent Class-III and Class-IV posts in various department in the 13 scheduled districts have been reserved for the residents of the concerned districts only. By the notification only the service rules framed under Article 309 of the Constitution of India have been sought to be modified, and even the list attached to the notification does not contain any Act of the Parliament or of the State Legislature.