Supreme Court Grants 'One Last Opportunity' To Gujarat Govt. To File Reply In Appeal Against Bail To Accused Of Murder Of A Scheduled Caste Youth 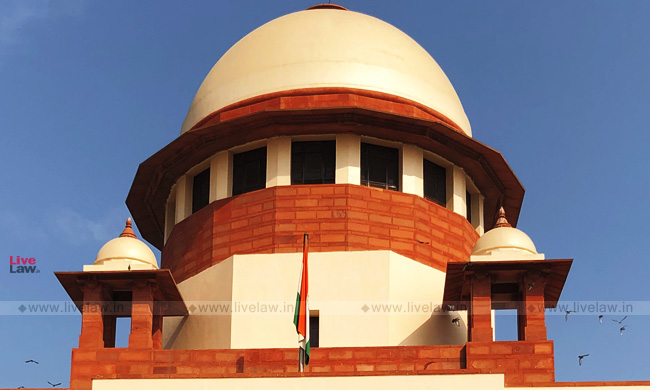 The Supreme Court on Monday granted one last opportunity to the Gujarat government for filing its reply on an appeal challenging the bail granted to an accused in the murder case, where a Scheduled Caste youth was allegedly beaten to death in a factory compound near Rajkot."Learned counsel for the State prays for and is granted one week time, as a last opportunity, to file...

The Supreme Court on Monday granted one last opportunity to the Gujarat government for filing its reply on an appeal challenging the bail granted to an accused in the murder case, where a Scheduled Caste youth was allegedly beaten to death in a factory compound near Rajkot.

"Learned counsel for the State prays for and is granted one week time, as a last opportunity, to file counter affidavit", ordered the bench of Justices Ashok Bhushan, R. Subhash Reddy and M. R. Shah. The bench listed the matter after a week.
As reported by the PTI, Justice Shah asked the counsel appearing for Gujarat government as to why the state has not filed its counter affidavit on the appeal against the last year's High Court order granting bail. Justice Shah demanded why the state is not filing affidavits even in some other matters. "Why are you not filing the affidavits? This will not be tolerated. Notice was issued in this matter last year. Even during the last hearing, the state was granted the opportunity to file a counter affidavit. Why is this happening and even in other no affidavits are being filed," the bench said.
The Gujarat High Court had on February 4, 2019 granted bail to the accused (present respondent) in connection with the F.I.R. for the offence punishable under Sections 302, 323 and 114 of the Indian Penal Code, Sections 37 and 135(1) of the Gujarat Police Act and 3(2)(v) of the Atrocities Act.
"Considering the police papers supplied by the learned A.P.P. during the course of hearing and as well as considering the affidavit of respondent No.1, it appears that the appellant was identified in T.I. Parade by the complainant and one Ms.Savitaben. Upon perusal of the statements of the complainant and said Ms.Savitaben, it appears that they have not seen the actual occurrence of incident, which occurred inside the factory premises. In other words, except presence of the appellant, no any other role is noticed from the statement of the prosecution witnesses and also from the CCTV footage and images obtained from the mobile phone of the present appellant. Therefore, it is not legal and proper to deny bail to the appellant on such weak evidence. Further, no any past antecedent is registered against the appellant", the High Court had said in the impugned judgment.
"A video of the incident -- purportedly showing two people taking turns to beat Vaniya with a stick while another person holds him by a rope tied to his waist -- was circulated widely on social media", reports the PTI.
The High Court had noted that section 3 of the said SC/ST Act obliges the complainant in opening recital, to plead the case that the accused is not the member of the said Act. "No such plea is taken in the F.I.R. itself and, therefore, in view of the decision rendered in the case of Georige Pentaiah v/s. State of Andra Pradesh reported in 2008 (12) SCC 531, it is doubtful whether the provisions of said Act will come into play", the Court had observed.
"It is alleged that on the date of incident, at 6 O'clock, the complainant along with her husband and aunt went in the factory area for collecting scrap and in the open place, certain scrap material was found and as they were collecting the same, 5 persons came and without asking anything, started assaulting them and thereafter, they were taken towards the factory of one of the persons. It is alleged that the husband of the complainant was forcibly tied up and the complainant and her sisters were asked to leave. It is alleged that thereafter, the person to whom the injuries were caused was asked to be picked up from the factory and the complainant alongwith other persons went to the factory and found that her husband was lying there and he was taken to the civil hospital, Rajkot where, he was succumbed to injuries. Thus, the complaint came to be lodged", the High Court had recorded the facts.
Click Here To Download Order
[Read Order]