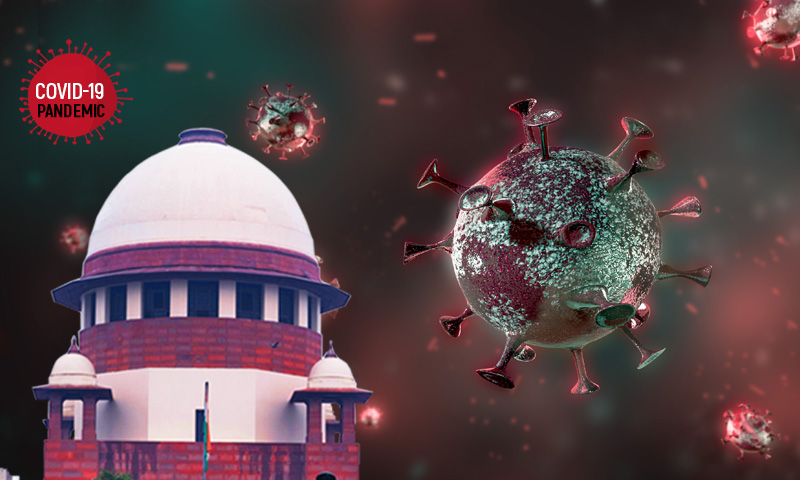 The Supreme Court on Friday granted bail for two months to an undertrial in Jaipur jail, who has tested positive for COVID-19, to undergo treatment.

"The learned counsel appearing for the petitioner submits that the petitioner is tested positive for COVID-19 and he is undergoing treatment for the same", recorded the bench of Justices Mohan M. Shantanagoudar and R. S. Reddy.

"We desire to release the petitioner on bail only on the aforementioned ground for a temporary period of two months so as to enable the petitioner to take treatment properly", directed the bench, clarifying that they have not considered the matter on merits.

"In view of the above, the petitioner is released on bail for a temporary period of two months. After two months he should surrender himself before the Jail Authorities", ordered the Court.

Further, the Jail Superintendent is required to inform the concerned incharge of COVID -19 cases in the State/area in question.

Besides, the order dictates that the petitioner should not be allowed to have contact with others, and all the other conditions which would be imposed by the Doctors in respect of the positive patients will have to be followed by him and the authorities.

"On surrender of the petitioner after two months, it is open for him to file application for bail afresh before the trial court if he so chooses. All other grounds are left open to be urged by all the parties", reads the order.