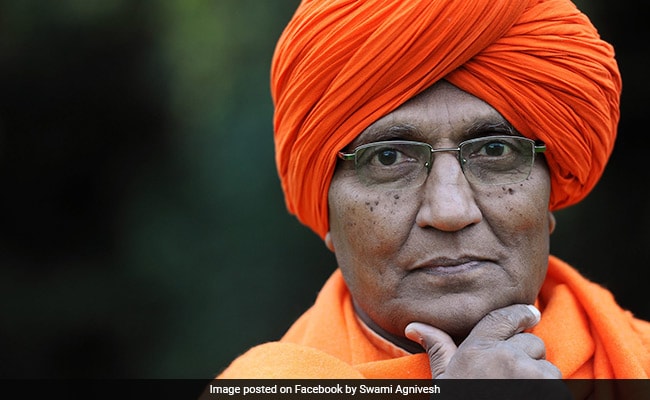 The Supreme Court on Friday issued notice in a plea seeking immediate relief to be provided to the poor, homeless and all economically weaker sections who remain hungry in wake of the nationwide lockdown. A Bench comprising of Justices L. Nageswara Rao and Deepak Gupta sought a response from the Centre and all States and Union Territories (UTs) regarding the relief measures being undertaken by them to ensure the destitute are not starving.

Filed by activist Swami Agnivesh, this Public Interest Litigation (PIL) raises grave concern over the lack of availability of food and other essential supplies to the lesser privileged in rural and urban slum areas across the country. "Men, women and children may die of starvation in the coming days if they do not get emergency food, medical aid and shelter immediately", submitted the petitioner.

Senior Advocate Collin Gonsalves appeared for the petitioner in the SC.

The petition comprehensively highlights the "lack/inadequacy of basic survival measures being taken by the respondent governments" through a detailed account of every State and UT. The reports of sufferings of poor workers, slum dwellers, the homeless and other economically disadvantaged are based on media accounts as well as reports from his "team of social activists spread out across the country", adds Agnivesh.

The petitioner criticizes the planning and execution on part of the Government regarding the lockdown which was announced on March 24. Emphasizing that basic humanitarian aid and emergency services have not been provided, Agnivesh argues that in effect, the poor have been left to starve. Referring to the situation as a humanitarian crisis, where poor workers are left without food, shelter or means to go home, he expresses his fear that starvation will take many more lives than the virus.

"Lockdown announced on 24.03.2020 by the Government made hardly any meaningful provisions for providing on a large scale basic humanitarian aid and emergency services for the poor, particularly as all employment came to an end, wages were stopped, access to medical services were restricted on account of severe transportation closures. In short the working people were left to starve. Many more times than the deaths due to the virus will be the deaths caused by the starvation of men, women and children. A severe humanitarian crisis is unfolding as workers are stranded without any food, shelter or means to go back home."

Conceding that the Center as well as many States announced relief packages to support those who were most affected, Agnivesh lays blame squarely on the implementation of the schemes. Calling it "inexcusable" and "shameful", the petitioner accuses most government departments of not functioning, as a result of which migrant workers are dying for the want of essential services.

"Central as well as various state governments have announced relief packages but the feedback from the ground is that these relief measures remain mainly on paper. The reports of deaths of migrant workers and failure of delivery of essential services are very serious. Most of the government departments are not functional It is perhaps fear of the virus that is keeping government workers away from work but this inexcusable and shameful in the present situation."

The matter will now come up for consideration on April 7.