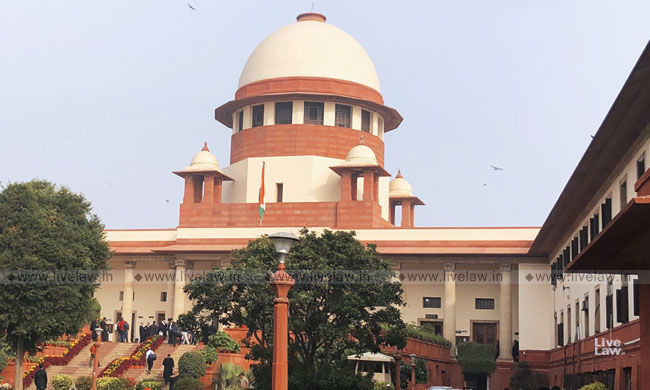 The Supreme Court on Friday issued notice on a petition filed for seeking directions to the Central Government to take apposite steps, including introduction of "Two Children Norm" as a criterion for government jobs, aids and subsidies, to control the growing population of India.A bench headed by CJI SA Bobde issued notice on the petition filed by Advocate Ashwini Upadhyay. Advocate...

The Supreme Court on Friday issued notice on a petition filed for seeking directions to the Central Government to take apposite steps, including introduction of "Two Children Norm" as a criterion for government jobs, aids and subsidies, to control the growing population of India.

Advocate Ashwini Upadhyay submitted that the government had failed to implement the 24th recommendation of the National Commission to Review the Working of the Constitution (NCRWC) on population control.

The said Commission, headed by former Chief Justice of India Justice MN Venkatachaliah, had proposed to insert Article 47A, as a Directive Principle in the Constitution, to control population explosion.

While the government introduced MANREGA, Right to Education Act, Right to Information Act, etc. based on the recommendations of NCRWC, it did not even prepare a draft bill for population control, he submitted.

It was further submitted that the Executive did nothing to effectuate Entry 20A in List III of 7th Schedule- "Population Control and Family Planning", which was inserted by the 42nd Constitutional Amendment, after a detailed discussion and feedback.

Notably, the Petitioner had earlier raised his grievances before the Delhi High Court, which was pleased to dismiss the case without even allowing exchange of counter and rejoinder.

As per the dismissal order of the high court dated September 3, making any policy on child control was the prerogative of the government and the Court could not make directions for enactment of laws.

"It is for the Parliament or the State Legislatures to enact the law and not for this Court to direct or to suggest the enactment of the law. The main role of the Court is to interpret the law as it is. Rarely this court will enact the law and that too in peculiar circumstances," the order read.

In the original petition, the Petitioner had claimed that the population of India had surpassed China, as about 20 percent of Indian population was not accounted for. Further, the country was also burdened by crores of illegal migrants, he submitted.

Holding population explosion responsible for pollution and joblessness, he prayed for withdrawal of statutory rights viz. right to vote, right to contest, right to property, right to free shelter, right to free legal aid etc. for persons who failed to abide by the two-children norm.

He even pleaded on the issue of reviewing minimum age of marriage for girls, submitting that raising the same to 21 will reduce the period of reproduction and shall bring down the birth rate.

He suggested that the Executive should raise employment avenues in rural areas as it will improve their standard of living and encourage them to adopt small family norms.