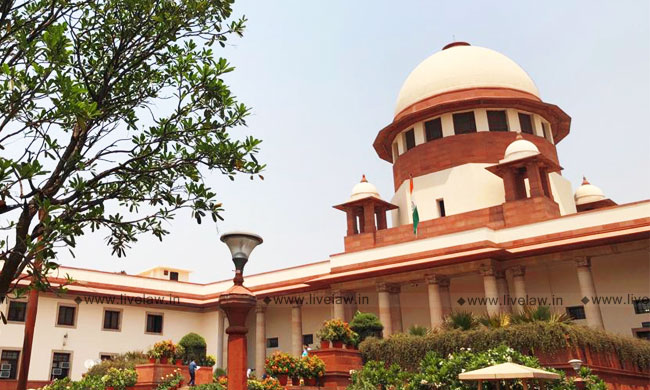 x
"The release under probation does not entitle an employee to claim a right to continue in service"
Your free access to Live Law has expired
To read the article, get a premium account.

All cases of assault or simple hurt cannot be categorized as crimes involving moral turpitude, the Supreme Court has observed while granting relief to a SBI Employee who was discharged from service for being convicted under Section 324 IPC.

P. Soupramaniane, was working as a messenger in SBI, while he was convicted by the trial court under Section 324 IPC and sentenced him to undergo imprisonment for three months. The Appellate court, though affirmed the conviction, released him on probation on the ground that he was employed as a Messenger in a Bank and any sentence of imprisonment would affect his career.

But to his dismay, the bank discharged him from service on the ground that he was convicted for an offence involving moral turpitude. He challenged this action on the part of SBI before the High Court, and the division bench of Madras High Court set aside the order of discharge and directed the bank to reinstate him

The issue considered by the Apex Court bench comprising Justice L. Nageswara Rao and Justice MR Shah in the appeal filed by the bank was whether the conviction of the employee under Section 324 IPC can be said to be for an offence involving moral turpitude. Section 10 (1)(b)(i) of Banking Regulation Act provides that conviction for an offence involving moral turpitude disqualifies a person from continuing in service in a bank.

The court said that following tests that can be applied for judging an offence involving moral turpitude:

Examining the facts in the case, the bench observed that the crime for which the employee is convicted in the instant case does not involve moral turpitude. It said:

"The release under probation does not entitle an employee to claim a right to continue in service. In fact the employer is under an obligation to discontinue the services of an employee convicted of an offence involving moral turpitude. The observations made by a criminal court are not binding on the employer who has the liberty of dealing with his employees suitably."