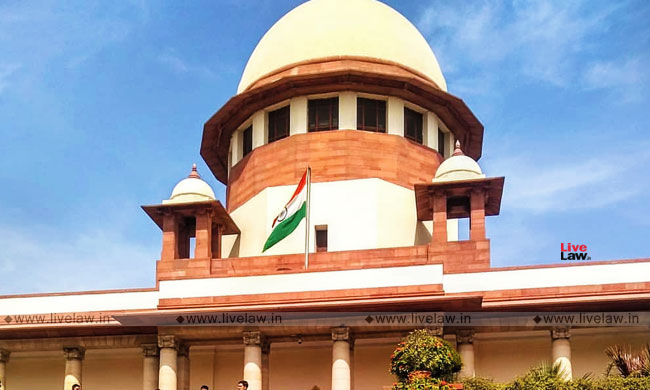 The Supreme Court, on Thursday, dismissed some Special Leave Petitions pertaining to an acquisition matter by refusing to condone delay of 21 Years in filing them.

Three persons had approached the Apex Court by filing SLPs against High Court judgment with a delay of 7534, 7542 and 7886 days respectively, contending that their lands have been compulsorily acquired under the provisions of the Land Acquisition Act, and therefore, they are entitled to the fair compensation for the lands acquired.

The only reason pleaded in the SLPs was that it was only in December, 2016, the pertaining to village Kasana got the enhanced compensation from Apex Court to the tune of Rs.65/- per sq. yard. The petitioners' case is that they came to know about the said fact in the month of January, 2017 causing not only lots of heartburn but spelling miseries over them. It took not only lots of courage in mustering support from number of affected families but also it took time for the petitioners to collectively file the instant special leave petition claiming not only the enhanced compensation but also parity with regard to the compensation awarded to their co-villagers at village Kasana, it was contended.

The bench comprising Justice Arun Mishra, Justice S. Abdul Nazeer and Justice MR Shah observed that even when there is no limitation period prescribed by any statute relating to certain proceedings, in such cases, courts have coined the doctrine of laches and delay as well as doctrine of acquiescence and non-suited the litigants who approached the court belatedly without any justifiable explanation for bringing the action after unreasonable delay. In those cases, where the period of limitation is prescribed within which the action is to be brought before the court, if the action is not brought within that prescribed period, the aggrieved party loses remedy and cannot enforce his legal right after the period of limitation is over, however, subject to the prayer for condonation of delay and if there is a justifiable explanation for bringing the action after the prescribed period of limitation is over and sufficient cause is shown, the court may condone the delay, the court said. It further observed: