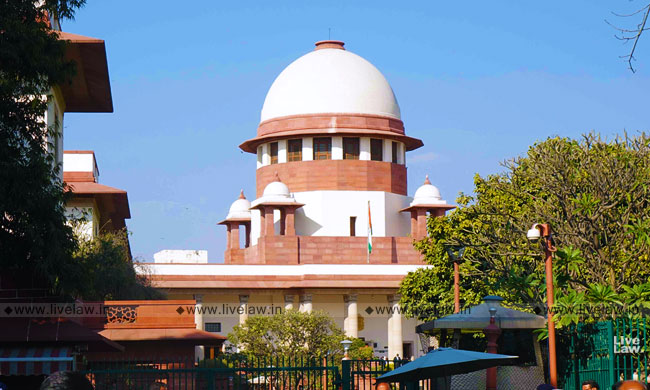 In a relief to 20 trainee IAS and IPS officers who had challenged the Centre's cadre allocation process for the 2018 batch, the Supreme Court Friday said they will be accommodated by increasing of one post in the state cadres of their preference this year. The apex court ordered this while hearing the appeal filed by the Centre challenging the Delhi High Court's verdict which had...

In a relief to 20 trainee IAS and IPS officers who had challenged the Centre's cadre allocation process for the 2018 batch, the Supreme Court Friday said they will be accommodated by increasing of one post in the state cadres of their preference this year.

The apex court ordered this while hearing the appeal filed by the Centre challenging the Delhi High Court's verdict which had quashed the entire cadre allocation of IAS and IPS officers of the 2018 batch.

A vacation bench of Justice Indira Banerjee and Justice Sanjiv Khanna praised Solicitor General Tushar Mehta for showing "exemplary fairness" in suggesting that 18 petitioners who had approached the high court and two others who had moved the Central Administrative Tribunal (CAT) on the issue would be accommodated without considering '99' in their respective choices.

As per the Centre's cadre allocation policy for 2018 batch, the candidates had to enter "99" for no preference in zones and cadres in the online form.

"This will be done by increasing one post in the respective state cadres this year, which will have to be adjusted in coming years. The suggestion is accepted by the respondents," the bench noted in its order and said it is "exemplary fairness" that Mehta has suggested this.

The bench, which modified the high court's order, directed the Centre to accommodate the 20 trainee officers in the manner suggested by the Solicitor General.

"It is made clear that such accommodation is being made as an exceptional case and will not be treated as a precedent for other candidates of the same batch or in future as only these 20 persons approached the court/ tribunal in time," the bench said.

"Needless to mention that the original cadre allocation of the other candidates shall not be disturbed," the court said while disposing of the petitions.

It said however that "all questions of law are kept open".

During the arguments, the bench said that it was a "very serious matter" and also observed that language of the office memorandum of September 5, 2017, relating to cadre allocation policy was "extremely vague".

"Your circular should have been more clear and if required, you should have given examples also," the bench told Mehta.

However, Mehta said that out of around 400 candidates, only 19 have raised grievances over the cadre allocation process.

He said that trainee IAS and IPS officers have undergone training as per local language and local revenue laws of the respective state where they will be posted.

The high court had said that it was inclined to grant relief to petitioners considering that they have approached the court at the very earliest and at a stage when neither IAS nor IPS officers of the 2018 batch have commenced their on-site training which are cadre-specific.

The high court's verdict came on four petitions filed by various officers challenging the notification of the central government allocating cadres to candidates of Indian Police Service (IPS) on the basis of results of the Civil Services Examination (CSE), 2017.

They had sought direction to the Centre to issue a new list allocating respective cadres to selected IPS candidates in the CSE, 2017, purely on the basis of merit and preferences indicated in the online form, by correctly interpreting the Office Memorandum (OM) of September 5, 2017.

The pleas had claimed that the interpretation of Cadre Allocation Policy 2017 adopted by authorities was unreasonable and grossly unfair, unjust and arbitrary.

As per the 2017 office memorandum on cadre allocation policy, states and joint cadres were divided into five zones.

According to that policy, candidates were required to first give their choice in the descending order of preference from amongst various zones. Thereafter, candidates will indicate one preference of cadre from each preferred zone.