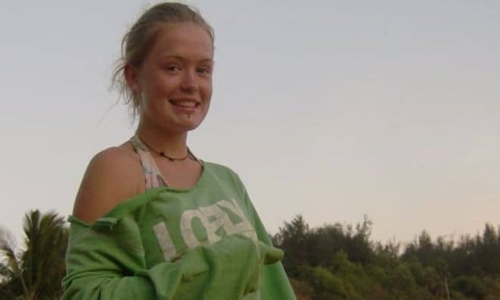 The Goa bench of Bombay High Court on Friday sentenced 39-year-old Samson D'Souza, to 10 years imprisonment after convicting him under Sections 304(ii) (culpable homicide not amounting to murder), 328 (causing hurt by poison), 354 (assault with intent to outrage modesty) and 201(causing disappearance of evidence) of the Indian Penal Code and Section 8 (ii) of the Goa Children's Act in the death of 15-year-old British national Scarlett Keeling.

A division bench of Justice RD Dhanuka and Justice Prithviraj Chavan overturned the verdict of Goa Children's Court which had acquitted both the accused due to lack of evidence in 2016. The second accused, Placido Carvalho's acquittal was maintained by the High Court.

Scarlett's body was found in a semi-nude state at Anjuna beach in Goa. She was in Goa on a holiday with her mother and siblings. Initially the local police said that it was a case of accidental drowning, however, the probe was handed over the CBI following a media uproar. According to the CBI, between 3:30 to 5:30 am, at Luis Shack, both the accused gave Scarlett cocaine, ecstasy tablets and beer, with the intention of sexually assaulting her. The CBI also charged D'Souza with deliberately leaving her near the water line on the beach, knowing that she was fully intoxicated and may drown.

Once the Goa Children's court acquitted the accused due to lack of evidence in lacunae in the investigation, CBI filed an appeal before the High Court.

On Friday, arguments on the quantum of sentence took place. D'Souza's lawyer Shailendra Bhobe prayed for some leniency argued that his (D'Souza's) daughter was born around the same time as Scarlett's death and since then he has learnt scuba diving and tried to reform himself.

Public Prosecutor Ejaz Khan opposed the defence's submissions and said that "D'Souza was a waiter at the time of the incident when he saw Scarlett, he gave her drugs, morphine and liquor, sexually assaulted her and left her to die without informing anyone." Thus, Khan sought life imprisonment for D'Souza under the Goa Children's Act in order to deter such crimes in the future.

Senior Advocate Vikram Verma appeared for Scarlett's mother Fiona Mackeown. When he rose to speak, the defence opposed it but Justice Dhanuka stated that Scarlett's mother had suffered the most and must be heard. Verma said that his client ran from pillar to post in order to seek justice. Fiona had written to the Prime Minister as well seeking justice for her daughter after the accused were acquitted in 2016.

After conclusion of submissions, Court sentence D'Souza to 10 years rigorous imprisonment. Defence lawyer Bhobe sought 12 weeks stay on the sentence so that an appeal can be filed before the Supreme Court. The bench rejected the request and directed D'Souza to be shifted to a prison in Colvale, North Goa.