'Pandemic Practically Over; No Justification To Not Open Supreme Court For Physical Hearings': SCBA President Writes To CJI 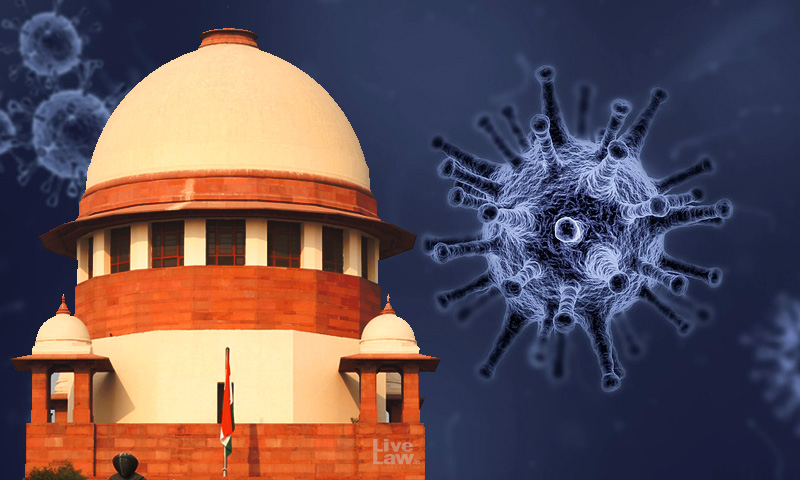 In a letter addressed to the CJI on Tuesday, SCBA President Vikas Singh wrote,

"There is no justification to not open the Supreme Court for physical hearing completely. As far as safety is concerned, it can be ensured that the lawyers continue to wear their masks and maintain as much practicably possible social distance so that we are not compromising the safety of the lawyers. Adequate thermal checks can be made at entry point for lawyers and litigants entering the Supreme Court and hand sanitizers can be placed outside each Courtroom. These steps are enough for starting full physical hearing in Supreme Court which is the only way this institution is supposed to function."

Singh asserted that virtual hearing was only a "stop-gap" arrangement to keep the wheels of justice moving during the pandemic, and that Open Court hearing is both a convention and a Constitutional requirement.

He stated that virtual hearings cannot by any stretch of imagination be equated to open hearing for the following reasons:

Singh said that the younger members of the Bar are suffering greatly due to the current virtual system coupled with truncated listings, hence now, in view of the fact that the pandemic is practically over, at least in Delhi, there is no justification to continue with the virtual system and full physical court hearing ought to resume at the earliest in the larger interest of the Bar.

In related news, the Delhi High Court has decided to start complete physical hearing of Cases from March 15.