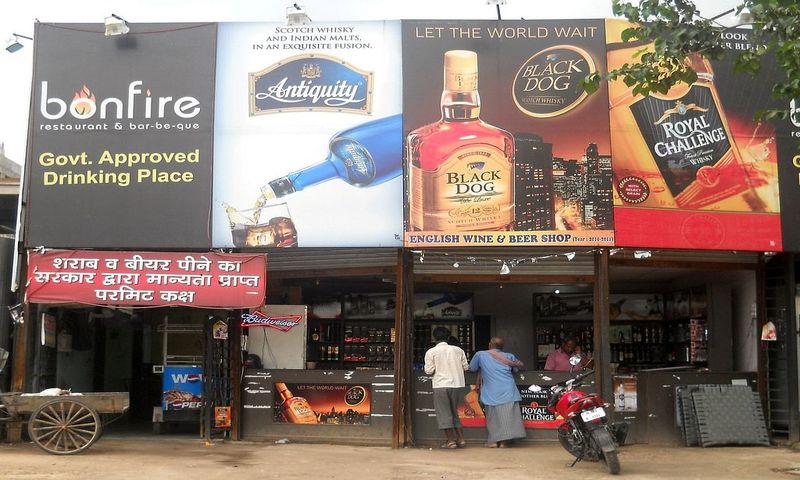 The Bombay High Court recently observed that the schools, that are inculcating standard moral values in students as envisaged by the father of the nation, Mahatma Gandhi, need not worry about any student being adversely affected because of liquor restaurants in their vicinity. The Bench of Justice G. S. Kulkarni observed thus as it rejected a plea filed challenging the State...

The Bombay High Court recently observed that the schools, that are inculcating standard moral values in students as envisaged by the father of the nation, Mahatma Gandhi, need not worry about any student being adversely affected because of liquor restaurants in their vicinity.

The Bench of Justice G. S. Kulkarni observed thus as it rejected a plea filed challenging the State excise department's order granting a liquor license to a restaurant near a school, being run by the petitioners.

One Devram Mundhe along with two other social workers filed the instant plea challenging an order of the State excise department granting a liquor license to a restaurant named Hotel Moonlight, established in the vicinity of the petitioners' school.

Earlier, the Collector, Pune had rejected the prayer of the owner of the restaurant to transfer his liquor license, on the objections raised by the petitioners that the same might create a law-and-order situation, however, on appeal, the State Excise Commissioner granted the license.

This order of the State Excise Commissioner, which was later on upheld by the Principal Secretary of State Excise Department, noted that there had been no law and order situation due to the restaurant and also underscoring that the restaurant was beyond the 75-meter statutory distance from the school.

In view of this, the petitioners moved a writ plea before the High Court challenging the grant of license to the restaurant.

At the outset, the Court observed that the Commissioner of State Excise had appropriately considered the clear position in law as required by the rules and had passed a well-reasoned and detailed order.

Further, the Court also noted that there was no material from the police department to suggest that there was any law-and-order situation because of such a restaurant in the vicinity of the school.

Importantly, the Court also took into account the fact that a similar restaurant having a liquor license was functioning in the vicinity of the school from last 10 to 12 years, but the petitioners (school ownsers) never raised any objection regarding the same.

Against this backdrop, the Court remarked thus:

"In the present facts, the petitioner's institution ought not to have formed such opinion that the education being imparted by their educational institution was so fragile that the students would get easily influenced by a restaurant serving liquor in the vicinity. This for two fold reasons. Firstly, this educational institution was never bothered about a similar restaurant having a liquor licence functioning in the vicinity since last 10 to 12 years. Secondly and most importantly, if the quality of learning and inculcation of moral values in the children is to be of a standard, as what the 'Father of the Nation' intended to imbibe in our citizens, then the petitioner's institution ought not to have worried at all, about any student being adversely affected, by any such place in the vicinity of the school."

Further, stressing that an educational institute certainly contributes in creating ideal citizens, the Court observed that it is imperative for educational institutions to create students with strong moral values so as to prepare them to face tougher journeys and challenges in life.

The Court also went on to underscore the onerous obligation of an educational institution to devote itself in building a robust society by imparting creative education at the school level which ought not to be overlooked.

"It is thus more important that an endeavour of an educational institution should be to impart such education, so that the basic human values and good virtues are inculcated in the students, to make them ideal citizens…. It is thus a sincere hope, that these words fall on the receptive ears of the institution and the institution creates a situation for itself, that it would feel proud of its students," the Court concluded by observing thus.