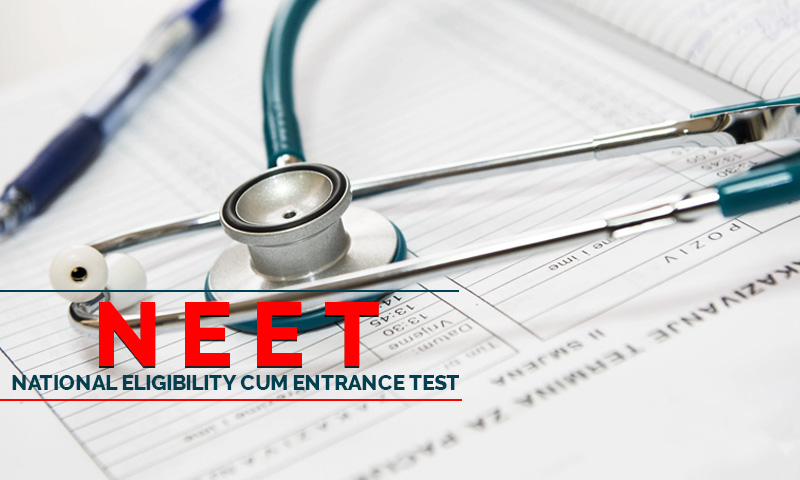 The Bombay High Court (Nagpur Bench) on Monday (19th October) issued notice in a plea moved by a NEET aspirant seeking Court's directions for the manual evaluation of her OMR sheet.The Bench of Justices AS Chandurkar and NB Suryawanshi issued notice to the Centre and the National Testing Agency.The plea has been moved by a student, named Vasundhara (through advocate Ashwin Deshpande) who...

The Bombay High Court (Nagpur Bench) on Monday (19th October) issued notice in a plea moved by a NEET aspirant seeking Court's directions for the manual evaluation of her OMR sheet.

The Bench of Justices AS Chandurkar and NB Suryawanshi issued notice to the Centre and the National Testing Agency.

The Petitioner has prayed before the Court that authorities be directed to produce her NEET Exam OMR sheet and get it manually checked.

The results of the NEET (UG) 2020 examination were declared on 16.10.2020 and the petitioner is stated to have scored Zero marks out of Seven Hundred Twenty.

The Petitioner has further stated in her plea that at 11.28 p.m. on 16.10.2020 she made a representation to the respondent no.3 and till date there has been no response to the same.

It was argued that such representation is permissible for being made under Clause 15.4 of the Information Bulletin.

However, in para 7 of the writ petition, it has been pleaded by the Petitioner-Aspirant that such OMR sheet was not uploaded as a result of which the petitioner did not have an opportunity to challenge the OMR gradation of her attempt.

According to the petitioner, she having scored 81.85% marks in the H.S.C. examination was expecting a score of about 600 marks. It is her grievance that on account of some technical discrepancy it is likely that zero marks have been awarded to her.

The Court observed that under Clause 15.4 of the Information Bulletin, there is no provision for re-checking/re-valuation of the answer sheets. The only opportunity given to a candidate is to make a representation on the OMR gradation of the candidates OMR sheets.

Further, the Court noted that in the present case, such representation was made after declaration of the results.

"We are conscious of the scope available for interference in matters of the present nature. The law in this regard can be referred to as laid down in Ran Vijay Singh and others Vs. State of Uttar Pradesh and others (2018) 2 SCC 357 and especially paragraph 30 thereof. Prima facie, considering the fact that the petitioner has been awarded zero marks a response from the respondents is called for." (emphasis supplied)

Thus, notice was issued for final disposal of the writ petition, returnable on 26.10.2020.