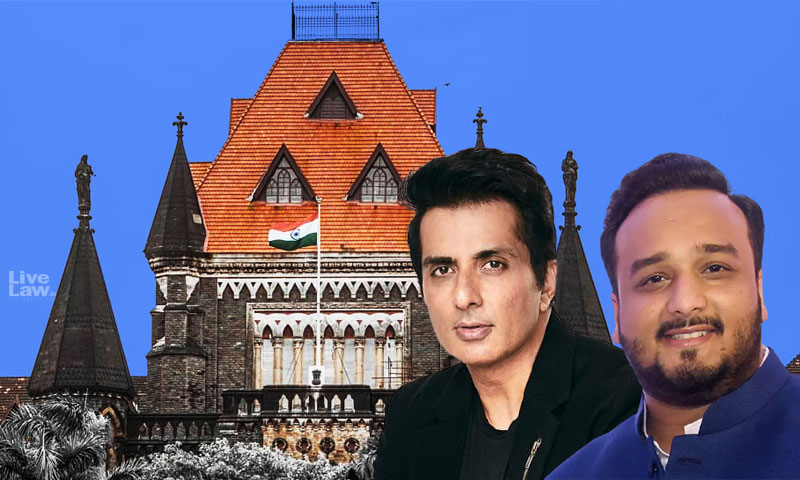 The Bombay High Court asked the Maharashtra Government to "seriously examine" the role of MLA Zeeshan Siddique and actor Sonu Sood regarding the alleged illegal distribution of crucial anti-viral drug Remdesivir, through social media, noting that it seemed like a case of a parallel unauthorized agency. The court's remarks were in response to the state's submission that a criminal case...

The Bombay High Court asked the Maharashtra Government to "seriously examine" the role of MLA Zeeshan Siddique and actor Sonu Sood regarding the alleged illegal distribution of crucial anti-viral drug Remdesivir, through social media, noting that it seemed like a case of a parallel unauthorized agency.

The court's remarks were in response to the state's submission that a criminal case is filed against BDR Charitable Trust and its trustees for supplying the drug to needy patients who approached the MLA through Twitter, but not against Siddique.

As for Sonu Sood Foundation, the state said the matter was still under inquiry, but the drugs seem to have come from a store inside Lifeline Medicare Hospital in Goregaon, manufactured by Cipla. However, the drugs were not from the Government's quota.

The bench comprising Justices SP Deshmukh and GS Kulkarni observed that the two seem to have played a crucial role in facilitating the distribution of Remdesivir as they were dealing with people on social media and directing them towards distributors without ascertaining the legality or genuineness of the drug.

In both the situations, the personalities were directly dealing with the public at large. Was there any reasonable basis for the common-man to know the drugs were available with either BDR Foundation or Lifeline without them?

These people projected themselves as some kind of messiahs without verifying if the drugs were spurious or if the supply was legal….In both these cases, we expect the State Government to scrutinize their actions... Because without their actions, it was impossible for any person to know that these the name of the suppliers, Justice Kulkarni observed.

The bench then asked the state to submit an affidavit by Friday, June 25.

"Your first approach doesn't seem to be correct. We leave it to your good conscience and good wisdom to examine the role of these two persons and let us know," Justice Kulkarni added.

In a previous hearing on Covid-19 management, Advocate Rajesh Inamdar for petitioner Nilesh Navalakha had pointed out how Remdesivir was supplied to people following requests made on social media to Siddique and Sood within hours, while the state complained of a shortage and several people were dying.

"You are playing with the lives of people" the bench remarked back then, directing both the Centre and the state to investigate the matter.

Meanwhile, the Drug Inspector has sent a notices to Siddique and Sonu Sood Foundation under section 18A and section 22(1)(cca) of the Drugs and Cosmetics Act 1940 & Rules and received responses.

On Wednesday, the Advocate General for the State Ashutosh Kumbhakoni informed the bench that a criminal case under the Drugs and Cosmetics Act is filed against the trust that supplied the drug to needy patients who approached Siddique.

"A criminal case is filed against BDR Charitable Foundation, its trustee Dheer Shah, BDR Pharmaceuticals and its four directors as they supplied the drugs. He (Siddique) only diverted these patients to the trust."

"To divert someone is not an offence? All this happened at one person's behest." Justice Kulkarni remarked.

Kumbhamkoni said that he was only giving the status and would put all the details in an affidavit.

"Regarding Sonu Sood foundation, A directed us to B, and then from B to C, and we finally ended up at shops inside Lifeline Medicare Hospital in Goregaon. It had come from Cipla in Bhiwandi. This is outside the Government's allocation, and inquiry is pending."

The court observed that through the celebrities' actions, a perception is created that the Government is not doing anything.

"This is very easy. Tomorrow anyone will go to social media and say the Government is not coming to your aide , we are. In reality, the govt. is taking all the efforts to procure the drug. But they tell the public at large we are doing this, but you are a parallel agency, totally unauthorized," Justice Kulkarni said before directing the state to probe the issue thoroughly.

Kumbhakoni assured the bench that as a first step they wanted to go to the root of the matter and would definitely examine the role of the two individuals.