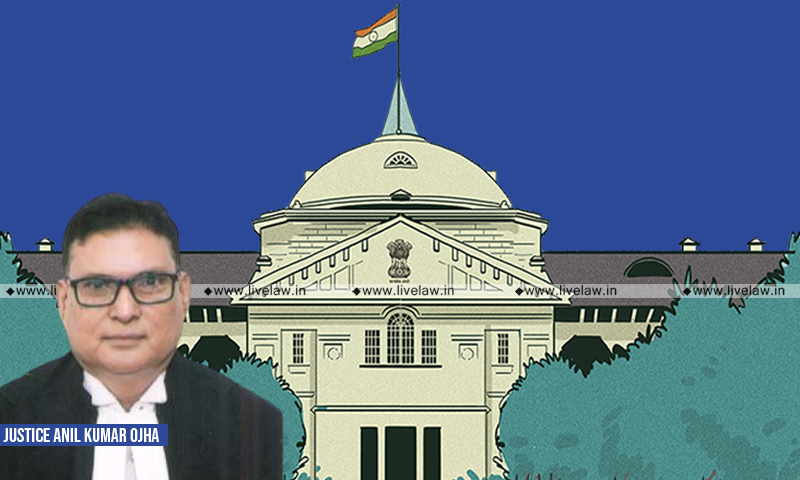 The Allahabad High Court has observed that an Application U/s 482 Cr.P.C. can't be filed against a summoning order passed by a Special Judge in an SC/ST Act Offence. The Court observed thus while taking into account Section 14A(1) of the S.C./S.T. Act.

In the instant matter before the Court, an application under 482 CrPC was moved praying to quash the summoning order passed by II Additional Sessions Judge/ Special Judge, S.C./S.T. Act, Lakhimpur Kheri against the applicant for offences u/s 323/504/506 I.P.C. & 3(1) of the SC/ST Act

It may be noted that Section 14A (1) of the Scheduled Castes and Scheduled Tribes (Prevention of Atrocities) Act, 1989 commences with a non-obstante clause and is designed to override the general provisions contained in the Cr.P.C. Let's read, what does it say:

"14A. Appeals.- (1) Notwithstanding anything contained in the Code of Criminal Procedure, 1973 (2 of 1974), an appeal shall lie, from any judgment, sentence or order, not being an interlocutory order, of a Special Court or an Exclusive Special Court, to the High Court both on facts and on law."

In simpler terms, under Section 14A(1) of the SC/ST Act, an appeal shall lie from any judgment, cognizance order, order not being interlocutory order of Special Court, or an exclusive Special Court to the High Court, both on facts and on the law.

Essentially, this means that while the constitutional and inherent powers of this Court are not "ousted" by Section 14A, they cannot be invoked in cases and situations where an appeal would lie under Section 14A and this position of law has already been accepted by the Top Court in Re: Provision of Section 14a of SC/ST (Prevention of Atrocities) Amendment Act, 2015.

To answer this, the Bench of Justice Anil Ojha referred to the Supreme Court's ruling in the case of Girish Kumar Suneja v. CBI, (2017) 14 SCC 809, in which it was held that taking cognizance of an offence and summoning the accused is an intermediate order.

In view of the above discussion, the Court came to the conclusion that Application U/s 482 Cr.P.C. cannot be filed against summoning order passed by II Additional Sessions Judge/ Special Judge, S.C./S.T. Act, Lakhimpur Kheri

Moving ahead, the Court noted that in its instant plea a direction was sought to command the court below to decide the bail application of the applicants providing them the benefit of the legal proposition laid down by the Apex Court in the case of Satender Kumar Antil vs. CBI LL 2021 SC 550.

Read more about the case here: Supreme Court Issues Guidelines On Grant Of Bail To Accused Not Arrested During Investigation On Filing Of Chargesheet

During the course of arguments, the Advocates complained that Districts Courts do not follow dictum of Satender Kumar Antil (supra) unless specifically directed by the High Court.

Calling it as a sorry state of affair, the Court stressed that ruling in the case of Satender Kumar Antil (supra) is the law of land and is binding upon all courts in India and there is no need to issue a separate order regarding the same.

However, the Court ordered that a copy of the order be sent to the Registrar General of Allahabad High Court, who, if required, may issue circular to all the courts in the State of Uttar Pradesh under subordination of High Court of Judicature at Allahabad to follow the law laid down by the Apex Court in Satender Kumar Antil (supra).

Consequently, the Application U/s 482 Cr.P.C. was disposed of with the observation that applicants are permitted to file fresh petition before the appropriate forum.