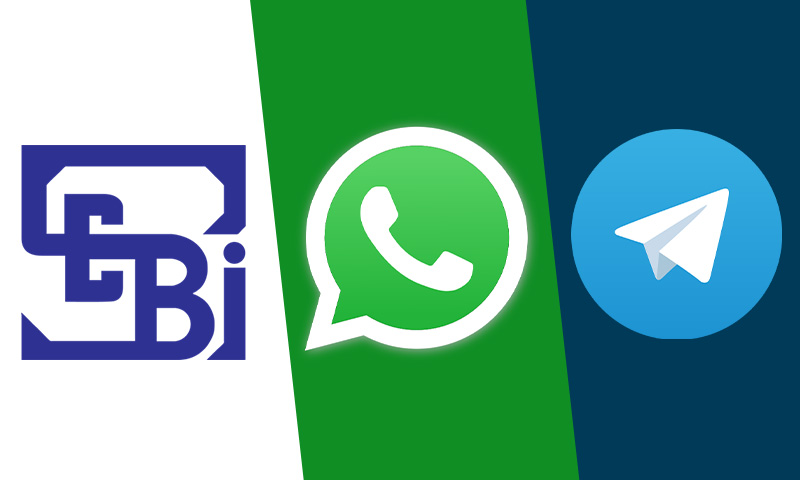 The Securities and Exchange Board of India has cracked down on WhatsApp and Telegram groups in which stock-tips were being shared to inflate share prices. In an interim order, the market regulator has barred six individuals from accessing the securities market, after making a prima facie finding that they had indulged in fraudulent and unfair trade practices by making baseless...

The Securities and Exchange Board of India has cracked down on WhatsApp and Telegram groups in which stock-tips were being shared to inflate share prices. In an interim order, the market regulator has barred six individuals from accessing the securities market, after making a prima facie finding that they had indulged in fraudulent and unfair trade practices by making baseless stock recommendations through social media groups.

In 2021, the SEBI had initiated an investigation on complaints that persons who are not having any registration with SEBI to function in the Securities markets as an Intermediary are using social media platforms to artificially influence the stock prices.

The modus operandi was that they will first take a position (purchasing shares) in small-cap companies in bulk quantities; then they will send baseless and fraudulent messages in social media groups indicating strong possibilities of immediate price hike in such scrips, thereby instigating others to take bullish position in those scrips; and ultimately after the prices go up, they take contrary positions (selling their previously acquired shares) thereby making profits out of such trades.

SEBI examined a Telegram channel "bullrun2017"/" Bull Run Investment Educational Channel", which had nearly 50,000 subscribers and a WhatsApp group "Stock Gujarati 3". It was found that wrongful gains to the tune of Rs 2,84,29,948 were made by these persons. The SEBI has asked the six persons-  Himanshu Mahendrabhai Patel, Raj Mahendrabhai Patel, Jaydev Zala, Mahendrabhai Bechardas Patel, Kokilaben Mahendrabhai Patel and Avaniben Kirankumar Patel- to disgorge the amount of unlawful gains.

By indulging in such acts, they violated the provisions of PFUTP (Prohibition of Fraudulent and Unfair Trade Practices) norms. The administrators of the group, Himansuh, Raj and Jaydev were styling themselves as research analysts having more than 40 years of experience and falsely claimed that they were in the process of getting Sebi's research analyst registration

SEBI said that the "startling revelations" in its investigation warranted an urgent invocation of powers under Section 11 of the SEBI Act "to insulate the securities market from unfair and fraudulent acts". Such acts are "antagonistic and detrimental to the orderly development of the securities market".

"...the Hon'ble Courts of the country have time and again stressed upon about the need to curb the manipulative and unfair trade practices in securities market", the SK Mohanty, Whole Time Member of SEBI said in the 37-page order.

"The alleged scheme of enticing and inducing others to deal in certain securities thereby creating an adverse and artificial impact on the price and volume of those scrips has been ingenuously crafted and implemented in a manner that it was an impossible task for the common investors to identify any dubious hidden intent behind such messages and tips that were being circulated among them through the Telegram Channel," the regulator said in its order.

SEBI has given the persons 45 days notice to show cause as to why appropriate penalty under Section 11B (2) and 11(4A) read with Section 15HA of SEBI Act, 1992 should not be imposed on them for the alleged violations of SEBI Act, 1992 and PFUTP Regulations