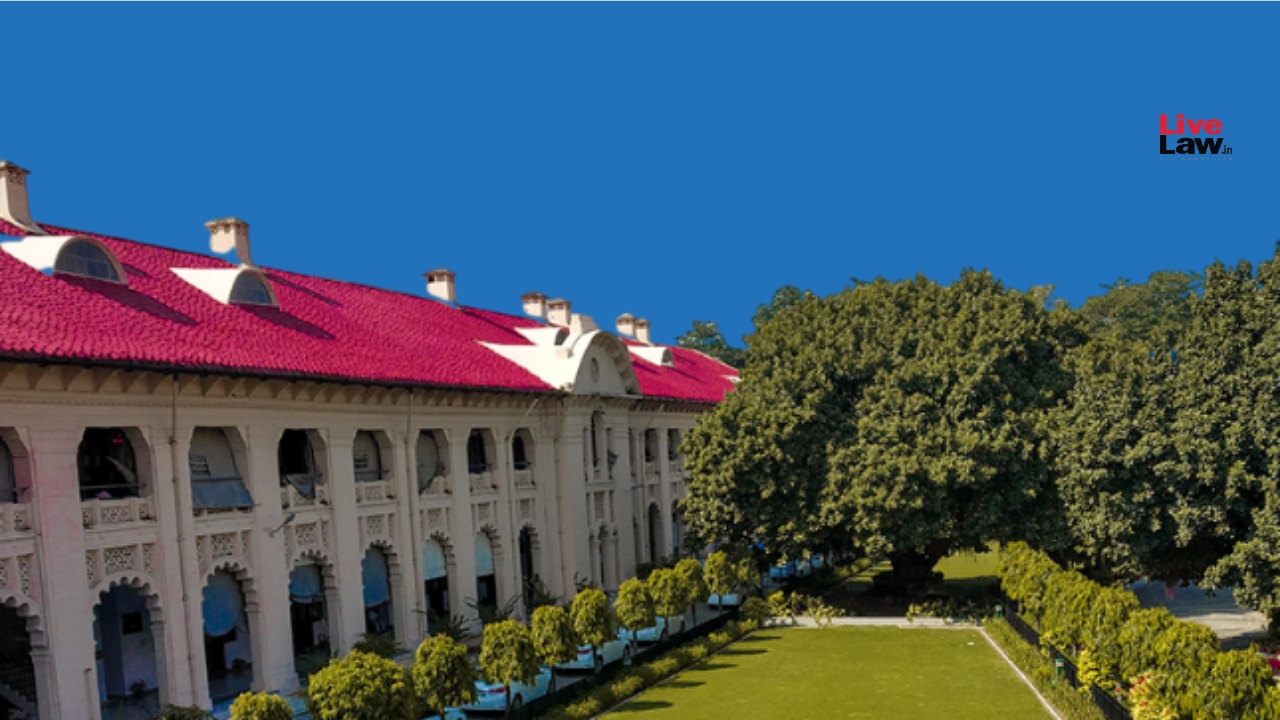 The Allahabad High Court has observed that in absence of cogent evidence that the Murder accused was in the house with the deceased at the relevant time, the provisions of Section 106 of the Evidence Act can not be pressed into service to put the onus on him to explain as to under what circumstances the deceased died.

With this, the bench of Justice Manoj Misra and Justice Syed Aftab Husain Rizvi set aside the order and judgment of Sessions Judge, Etah in 2003 convicting and sentencing one Raj Kishore @ Pappu under Section 302 IPC and sentenced him to life imprisonment.

Essentially, the allegations against the accused were that he killed the informant's sister-in-law Anima (the deceased). The husband of the deceased (Narendra) used to work as a laborer in Delhi whereas his elder brother Raj Kishore @ Pappu (the accused-appellant) used to stay in the village and was addicted to liquor.

Further, it was alleged that the appellant used to harass the deceased for money and used to pester her for money sent by her husband. On July 23, 2003, i.e. the date of the incident, the informant (PW-1) and his wife Anita (PW-2) came to know that the accused was assaulting Anima for money that was sent to her by her husband 2 days ago.

On getting information, the informant and his wife Anita rushed to Anima's house where they noticed that the accused was coming out of the hut on the first floor of the house and running away. When they went upstairs, they noticed that Anima's body was lying with injury marks on her neck.

On the other hand, the appellant primarily denied his presence in the house at the relevant time as he claimed that he was watering the fileds.

At the outset, the Court noted that it was not proved beyond a reasonable doubt whether money was sent to the deceased by her husband two or three days before the incident. Further, the Court also observed that except PW1 and PW-2, no other person had been examined to disclose whether the appellant was a liquor addict.

Thereafter, examining the evidence on record, the Court specifically noted that the prosecution had failed in proving beyond doubt that the accused-appellant was noticed rushing out of the hut by PW-1 and PW-2 and after his exit, they found the deceased dead.

Further, regarding the question as to whether Section 106 of the Evidence Act could be pressed into service to put the onus on the accused to explain under what circumstances the deceased died, the Court relied upon the Apex Court's ruling in the case of Shivaji Chintappa Patil vs. State Of Maharashtra LL 2021 SC 125, wherein it was observed thus:

"...Section 106 of the Evidence Act does not absolve the prosecution of discharging its primary burden of proving the prosecution case beyond reasonable doubt...only when the prosecution has led evidence which, if believed, will sustain a conviction, or which makes out a prima facie case, that the question arises of considering facts of which the burden of proof would lie upon the accused."

Against this backdrop, the Court held that in absence of cogent evidence that the appellant was in the house/hut at the relevant time, provisions of Section 106 of the Evidence Act can not be pressed into service to put the onus on the accused to explain as to under what circumstances, the deceased suffered ante-mortem injuries.

In view of this, the Court held that the prosecution had failed to prove the charge against the appellant beyond the pale of doubt and therefore, it was a fit case where the accused-appellant was entitled to the benefit of the doubt. Consequently, the appeal was allowed and the accused was acquitted.