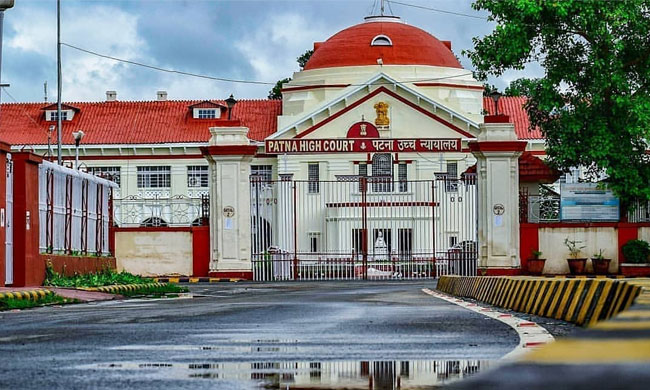 The Patna High Court on Wednesday (23rd December) ruled that the negation and conditions as enunciated in Section 37 of the NDPS Act, will not be applicable in the case of a juvenile. The Bench of Justice Sudhir Singh also opined that the intention of the legislature was to give an overriding effect to Section 12 of Juvenile Justice Act over Section 37 of the NDPS Act. The matter...

The Patna High Court on Wednesday (23rd December) ruled that the negation and conditions as enunciated in Section 37 of the NDPS Act, will not be applicable in the case of a juvenile.

The Bench of Justice Sudhir Singh also opined that the intention of the legislature was to give an overriding effect to Section 12 of Juvenile Justice Act over Section 37 of the NDPS Act.

The Court was hearing an appeal directed against the order passed by the ASJ, Patna, in Spl. (Child) Case No. 01/19, under Sections 20(b), 23, 25 and 29 of the N.D.P.S. Act, whereby the prayer for bail made on behalf of the appellant (petitioner) was rejected.

Allegedly, the appellant was working as the Khalasi of a Truck from where huge quantity i.e., 1814.70 kgs., of Ganja was recovered and he was apprehended on the spot.

Later on, he took the plea that he was a juvenile on the date of occurrence of crime, further, the Juvenile Justice Board assessed the age of the appellant as 16 years 09 months and 21 days and so he was declared to be a juvenile; more appropriately called a 'child in conflict with law'.

The Board, after conducting preliminary assessment with regard to the mental and physical capacity of the appellant, passed an order under Section 18(3) of the Juvenile Justice Act, 2015, and transferred the case for trial to the Children's Court.

Hence, he preferred an appeal before the High Court (the instant appeal), challenging the rejection order and for grant of bail.

The Counsel for the appellant submitted that neither the appellant had any knowledge of the contraband substance being kept in the Truck nor he had any concern with the recovered and seized Ganja.

It was also submitted that the alleged recovery had not been made from conscious possession of the appellant.

Lastly, it was prayed that since the appellant had been declared as a juvenile, thus, his prayer for bail be considered in accordance with Section 12 of the Juvenile Justice Act, 2015 and he is in custody since 04.01.2017

The Court referred to the order passed by the Allahabad High Court in Praveen Kumar Maurya Vs. State of U.P. 2011 Cr. L.J. 200, wherein the Allahabad HC had said,

It may be noted that the Orissa High Court in the matter of Sumanta Bindhani vs. State of Orissa 2017(I) OLR 1137 had reiterated that the juveniles having been given special place in the scheme of things, Section 12 of the 2015 Act overrides the provisions under section 37 of the N.D.P.S. Act, in the case of a person who is a juvenile.

In this backdrop, the Patna HC in the instant matter remarked,

"The non-obstante clause contained in Section 12 not only confers a special status over the Code of Criminal Procedure, 1973, but also over any other law for the time being in force. Further, no exception being carved out for the offences related to NDPS Act, sufficiently indicates that the intention of the legislature was to given an overriding effect to Section 12 of Juvenile Justice Act over Section 37 of the NDPS Act also."

The Court took into account the fact that the order which was challenged before the High Court showed that the prayer of bail of the appellant had not been considered in terms of Section 12 of the Juvenile Justice Act, 2015 and there was no finding about the conditions prescribed under Section 12 for rejection of bail of a juvenile.

The Court also noted that the appellant had been working for gain in association with the driver and the carrier of Ganja, who all were involved in illegal transportation of Ganja.

The Court observed that the Children's Court had decided to conduct the trial of the appellant as an adult, accordingly, charges were framed in this matter against the appellant, therefore, taking into consideration that the release of the appellant would likely to bring him in the association of such persons who are involved in illegal transportation of Narcotic and Psychotropic Substances, thus, the Court noted that appellant's release would defeat the ends of justice. Hence, he was denied the benefit of bail to the appellant.

This appeal was, therefore, accordingly, dismissed. However, the court below was directed to expedite the trial and conclude the same preferably within a period of six months from the date of receipt/production of copy of the order.

Case title - Anamul Haque v. The Union of India through Directorate of Revenue Intelligence [Criminal Appeal (SJ) No.84 of 2020 in Criminal Miscellaneous No.73385 Of 2019]