Section 376 R/w 511 IPC: Offence Of Attempt To Rape Can Be Attracted Even If Accused Had Not Undressed Himself: SC [Read Judgment] 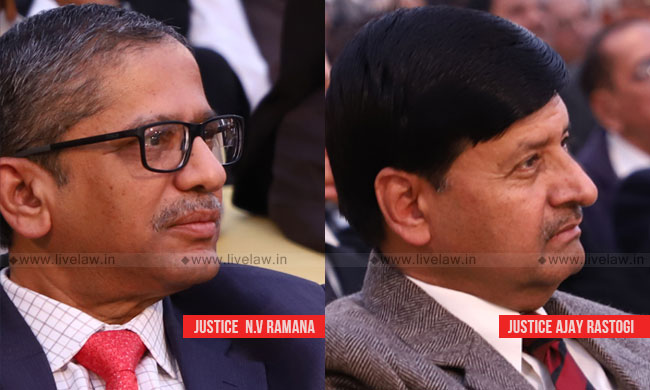 x
"The attempt to commit an offence begins when the accused commences to do an act with the necessary intention."
Your free access to Live Law has expired
To read the article, get a premium account.

The Supreme Court upheld conviction of a man under Section 376 read with Section 511 of the Indian Penal Code for attempt of rape of a woman.

In the appeal, the contention raised on behalf of the accused was that, since he did not committ any overt act such as; any attempt to undress himself in order to commit the alleged act, his actions do not constitute the offence under Section 511 read with Section 376.

In this case [Chaitu Lal vs. State of Uttarakhand], it was proved that the accused had pounced upon the victim, sat upon her and lifted her petticoat while she protested against his advancements and wept. One of the witness was a neighbour. When he reached the spot hearing the commotion, the accused had run away. The High Court had upheld the conviction recorded by the Trial Court for attempt to rape.

On behalf of the accused, reliance was placed on the Supreme Court judgment in Tarkeshwar Sahu v. State of Bihar (Now Jharkhand). It was a case in which the Court acquitted the accused therein on the ground that there has not been any attempt of penetration to the slightest degree. It was observed therein that, the accused had neither undressed himself nor even asked the prosecutrix to undress so there was no question of penetration.

Distinguishing the said judgment, the bench of Justice NV Ramana and Justice Ajay Rastogi observed that the attempt to commit an offence begins when the accused commences to do an act with the necessary intention. It said:

"But, on careful perusal of the aforesaid decision in the backdrop of facts and circumstances of the present case, both the cases are distinguishable as in the case cited above, it is clearly noted that the accused failed at the stage of preparation of commission of the offence itself. Whereas, in the present case before us the distinguishing fact is the action of the accused-appellant in forcibly entering the house of the complainant-victim in a drunken state and using criminal force to lift her petticoat despite her repeated resistance"

The court noted that, had there not been an intervention of the neighbour, the accused would have succeeded in executing his criminal design. The conduct of the accused in the present case is indicative of his definite intention to commit the said offence, the bench said while upholding conviction.