Section 377 IPC Attracted Even When Penetration With Sexual Intent Happens On Any Part Of Body Other Than Vagina: P&H High Court 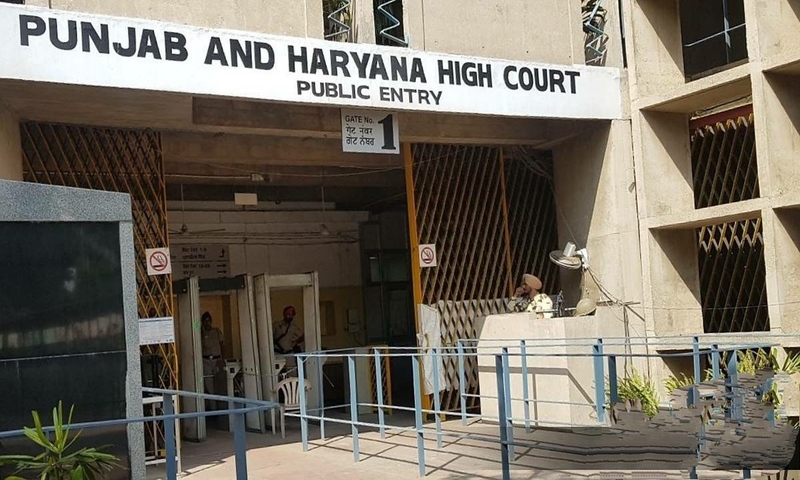 In a significant observation and widening the scope of Section 377 of IPC (Unnatural offences), the Punjab and Haryana High Court has held that this offence is attracted even in a situation where the penetration happens to be on any other part of the body of a victim (other than Vagina) with sexual intent.The Bench of Justice Vinod S. Bhardwaj further observed that Section 377 is to be...

In a significant observation and widening the scope of Section 377 of IPC (Unnatural offences), the Punjab and Haryana High Court has held that this offence is attracted even in a situation where the penetration happens to be on any other part of the body of a victim (other than Vagina) with sexual intent.

The Bench of Justice Vinod S. Bhardwaj further observed that Section 377 is to be attracted in the event of penetration with sexual intent, other than what is contemplated under Section 375 IPC (Rape/penile-vaginal penetration).

Significantly, this decision of the High Court also makes it clear that merely because there is no injury or mark of violence on the person of the victim, it can't be said that this provision won't be attracted in case of a 'carnal intercourse' (a term which has been explained by the Court in its Judgment).

Essentially, yhe Court was dealing with a revision petition filed by three minor boys (children in conflict with the law) against the judgment of conviction passed against them for the commission of offence punishable under Section 377 of the IPC and Section 10 of the POCSO Act as they were found guilty of committing unnatural acts with an eight-year-old boy.

Before the High Court, the counsel for the Children in Conflict with the Law (CCL) argued that the 8-year-old victim never deposed about being sodomized and had only stated that the CCLs had done 'Wrong Act/Bad Act' with him.

It was their primary submission before the Court that in the medical examination, which was conducted without any delay, no external marks of injury or detection of semen or Spermatozoa on the body or clothes of the victim had been found, and therefore, it was argued that it can't be said that the victim was subjected to forcible intercourse or was sodomized.

It was, thus, contended that the finding of conviction recorded under Section 377 of the IPC was misconceived. Similar arguments were made with regard to the penile-vaginalnon-applicability of Section 10 of the POCSO Act (aggravated sexual assault) in the instant case.

Further, in an attempt to clarify what does the word 'intercourse' mean, the Court also observed that in order to determine as to whether there is intercourse or not, the question which is to be considered is whether the visiting organ is enveloped at least partially by a visiting organism.

In this regard, while referring to the cases of Kamal v. State (Delhi High Court) and State of Kerala v. Kundumkara Govindum, the Court further held as further:

"(As per the) understanding of the word "Carnal intercourse", it is evident that in order to attract Section 377, the Act in question must have to do with flesh and sensuality and that the same must involve penetration other than penile-vaginal penetration."

Essentially, in the case of Kamal, the Delhi High Court had observed that any physical act answering to all the ingredients below is per-se 'carnal intercourse against the order of nature' appearing in section 377 of IPC:

i. it must have to do with flesh and sensuality, namely it must be carnal;

ii. there must be intercourse between individuals, without restricting it only to human-to-human intercourse;

"The suggestive interpretation of the petitioner that Section 377 IPC cannot be attracted but for occurrence of an eventuality where there is an anal penetration does not find support in the statute...The offence under Section 377 IPC may also be attracted against two women where the element of penetration, as projected by the learned counsel for the petitioners, may not be a possible eventuality...Section 377 can be attracted even in a situation where the penetration happens to be on any other part of the body of a victim, the predominant intent in the commission of the Act, however, has to be sexual." (emphasis supplied)

Concludingly, the Court discarded the argument of the petitioners that conviction is bad for want of any external mark of injury around the body of the victim and held that the finding of the lower court was alright.

"The victim in the instant case happens to be a child of 08 years of age who was allegedly over-powered by 03 boys of a bigger age and under the said circumstances it may not be likely to assume that the victim was in any position to offer a challenge or resistance to the perpetrators of the offence. Besides, there is no stand taken by the prosecution that the victim had violently resisted the petitioners and in the absence of any such stand of the prosecution, and any such suggestion having been put-forth to the witness while being subjected to cross-examination in defence, the testimony of the victim cannot be disbelieved solely on the ground of absence of any marks of external injury. The submissions thus advanced on behalf of the counsel for the petitioners that offence under Section 377 of the IPC and/or Section 10 of the POCSO Act are not made out, is dispelled and is liable to be rejected," the Court held as it upheld the conviction.