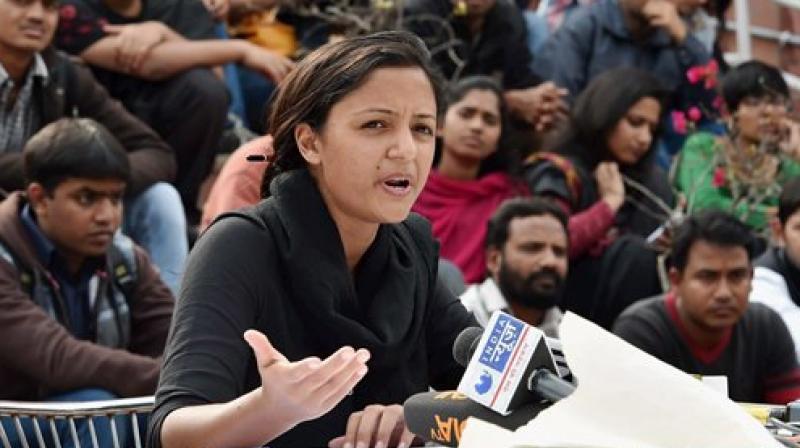 In an interim relief to Kashmir activist Shehla Rashid, a Delhi Court on Monday granted her interim protection from arrest in the case for sedition booked against her.

As per a report in The Wire, additional sessions judge Pawan Kumar Jain at Patiala House court granted interim bail to her, observing "I am of the view that the matter requires investigation in detail" and posted it next for November 5. Till then, he ordered that the "accused shall not be arrested". The Court added that she should cooperate with the investigation in the meanwhile.

The case was registered her based on a complaint by a lawyer that the tweets made by her on August 17 against armed forces were seditious in nature. Shehla Rashid, who is a a leader of Jammu and Kashmir People's Movement, had criticized the military mobilization in the valley following the abrogation of special status of J&K and had alleged that armed forces were violating the fundamental rights of the citizens.

The prosecutor informed that Court that the police had not received any complaint from the army over her tweets.

Earlier, Rashid had termed the FIR as an attempt to silence her. She said that she was merely sharing the information received from people in Kashmir about the situation prevailing there.

"As a political activist, I was just doing my job", she added.

Shehla Rashid is one of the petitioners in the petitions filed in the Supreme Court challenging the Presidential orders issued on August 5 and 6 under Article 370 of the Constitution, which led to the abrogation of the special status of Jammu and Kashmir.