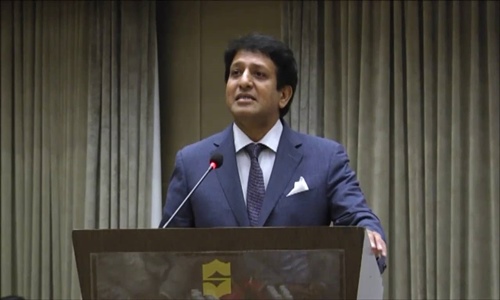 Governor of Karnataka, Vajuhai Vala on Saturday appointed Senior advocate Prabhuling K Navadgi to be the Advocate General for the state of Karnataka, with immediate effect, in place of Senior Advocate Udaya Holla, who had tendered his resignation, on Friday.

The notification issued states "In exercise of powers conferred on me by clause (1) of Article 165 of the Constitution of India. I Vajubhai Vala, Governor of Karnataka hereby appoint Sri Prabhuling K Navadagi, senior advocate to be the Advocate General of the state of Karnataka." 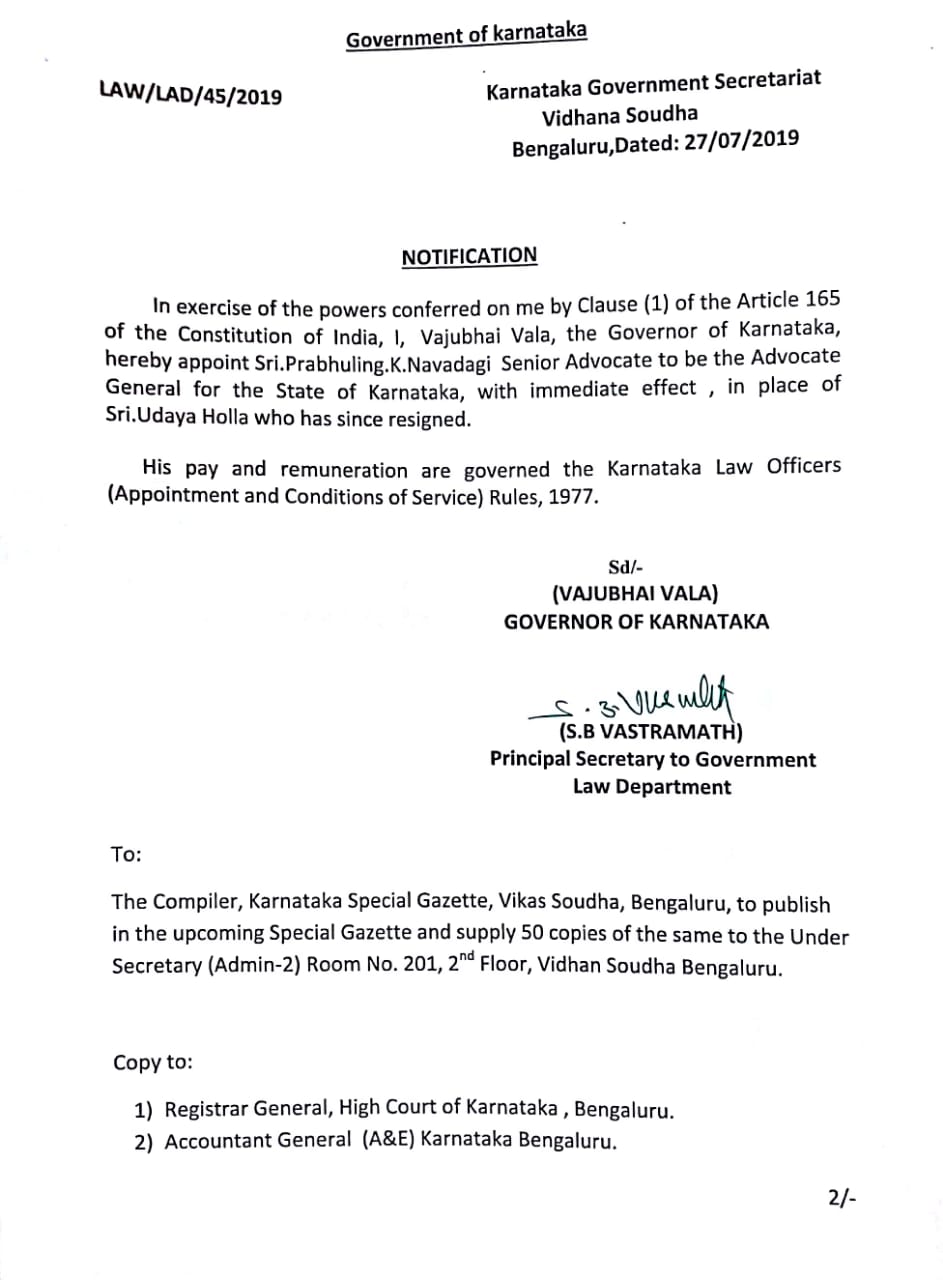