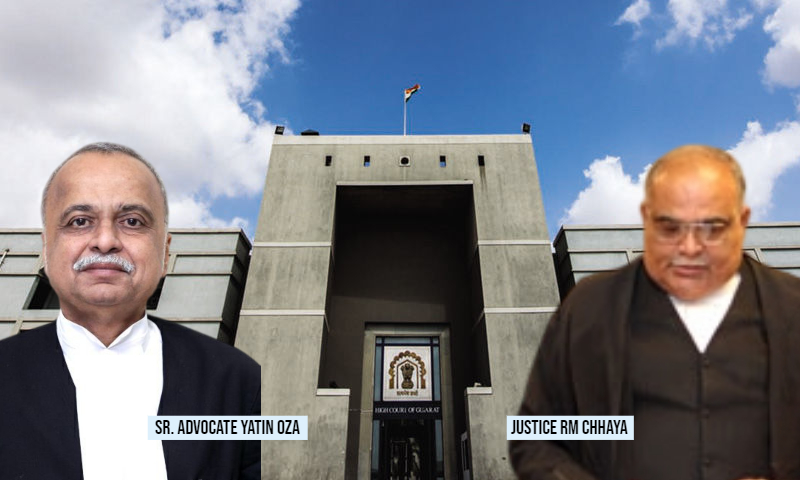 While congratulating Justice RM Chhaya over his proposed elevation as the Chief Justice of Gauhati High Court, Senior Advocate Yatin Oza, in a letter written to Justice Chhaya, has apologized for his 'remarks' made against him in June 2020.

It may be noted that as of now, there has been no 'official' communication regarding the recommendation made by the Supreme Court Collegium to elevate Justice Chhaya as the Chief Justice of Gauhati High Court. However, several reports have made claims in this regard.

Senior Advocate Yatin Oza has expressed his 'heartfelt apology' for his 'words' used in a letter (written in June 2020) addressed to the then Chief Justice of India S A Bobde. In that letter, he had made allegations against Justice Chhaya of "no effective order passed in a single matter".

In his letter addressed to Justice Chhaya today, Senior Advocate Yatin Oza has further said that his conscience was certain that he had made a mistake and he ought to put forth his apology. "I now express my sincere apologies for what transpired then and I hope it can be put behind us," he added.

The complete text of Oza's letter addressed to Justice Chhaya could be found below:

"At the outset, I extend my heartiest congratulations to you on your elevation as Chief Justice, Gauhati HC. I also write to you to express a heartfelt apology for my words in and around June 2020. My conscience was certain that I made a mistake and I ought to put forth my apology. I intended to express my remorse much earlier and prior in point of time but the surrounding circumstances were not conducive or supportive enough. Having said that, I now express my sincere apologies for what transpired then and I hope it can be put behind us. Once again, I wish you well as you assume this new role and we express pride that you are representing Gujarat in its true light."