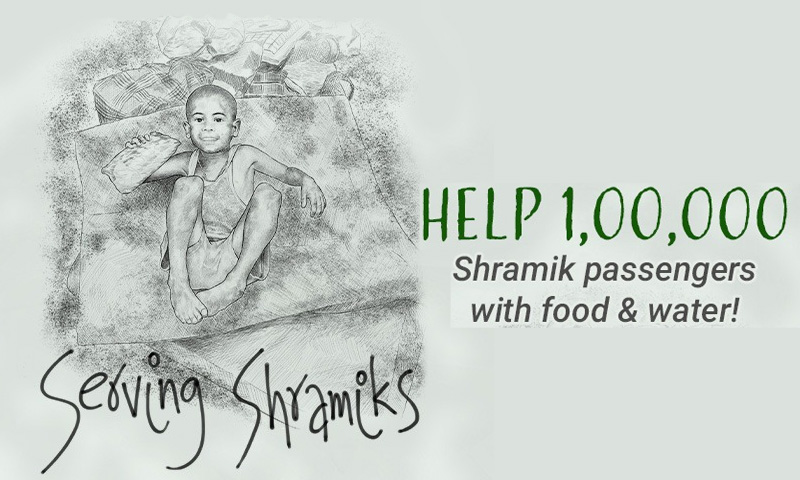 Alumni of National Law School of India University, Bangalore (NLSIU) and Birla Institute of Technology, Pilani (BITS, Pilani), have partnered with the Akshaya Patra Foundation in a mission to serve food and water to 1,00,000 Shramik train passengers as they board trains at Mumbai and Delhi from 3rd June onwards.

In light of news reports which have brought to the fore the deplorable condition of migrant workers who are travelling on Shramik trains and are deprived of sustainable meals in the blistering heat, the alumni of NLSIU and BITS have collaborated with Akshaya Patra Foundation, a non-profit organization which provides cooked food to the poor and marginalized, to extend a helping hand to the passengers.

Today, in their first attempt to kickstart the mission, the Foundation provided food and water to the passengers on the Gurgoan to Balasore train. Migrants who were stranded at the stations in Mumbai due to the cyclone, were also provided the necessary help.

An alumnus of NLSIU informed LiveLaw that the trains from Mumbai and Delhi were mainly headed to the States of West Bengal, Uttar Pradesh and Bihar. Therefore, the journey, due to its duration of 24 to 48 hours, was causing immense issues for the passengers, who were devoid of food and water in the heat for long hours. There were reports of multiple passengers, including women and children, succumbing to starvation and heat. In order to combat the same, the "Serving the Shramiks" initiative has planned to serve 1,00,000 passengers over the week as they board trains at Mumbai and Delhi from 3rd June towards.

"Akshaya Patra will package supplies into food-and-water packets from its warehouses and deliver them to Central Railway at Kurla Station and Northern Railway at Old Delhi and New Delhi railway stations. The railway authorities will hand over a packet to each passenger prior to boarding. Each packet contains bread, biscuits (2 packs), chikki, bananas, ORS (1 pack) and bottled water (2 litres). Each pack will cost Rs 50-60".

Foreign contributions have also been enabled. Additionally, all contributions are made to the Foundation and carry tax exemptions.

The initiative has received an overwhelming response, with half the goal of Rs. 60 Lakhs having been reached within a day. Many lawyers have opened their hearts and wallets in order to contribute to the mission, including Senior Advocates Rakesh Dwivedi, Abhishek Manu Singhvi, Mukul Rohatgi, and hundreds of others.

On the concerted efforts being put in by the entire legal fraternity to mitigate the troubles of migrant workers, an alumnus of NLSIU spoke to LiveLaw:

"In a time of tribulation, the legal fraternity has risen as one to show that India Cares. We are all proud, and expect no less of the noble profession. There is much more to be done, with the cyclone in Bengal, lack of COVID beds across Indian, and more migrants going home. These efforts are just the beginning."

For making a contribution to the Serving the Shramiks mission, one can contact the following; 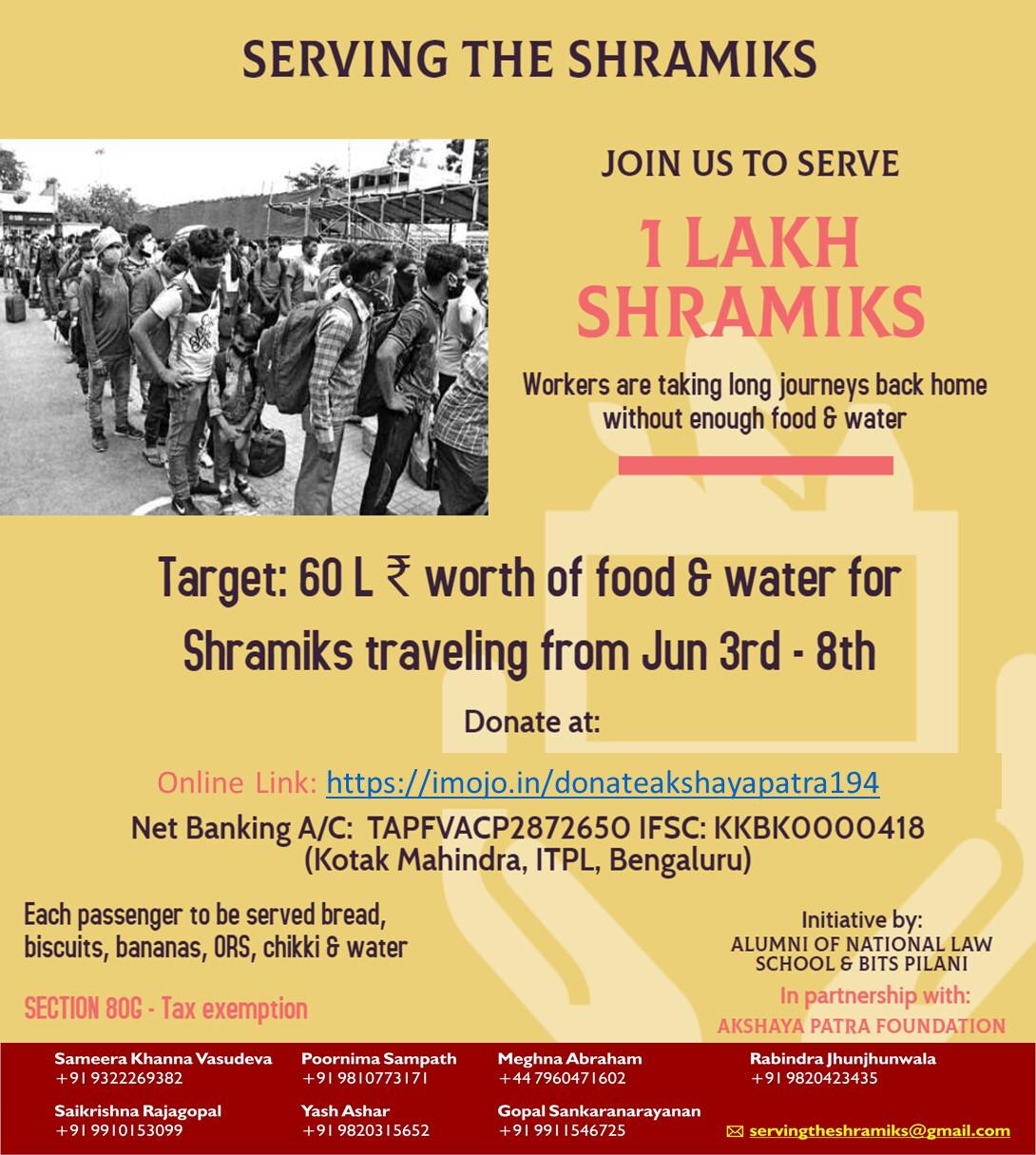