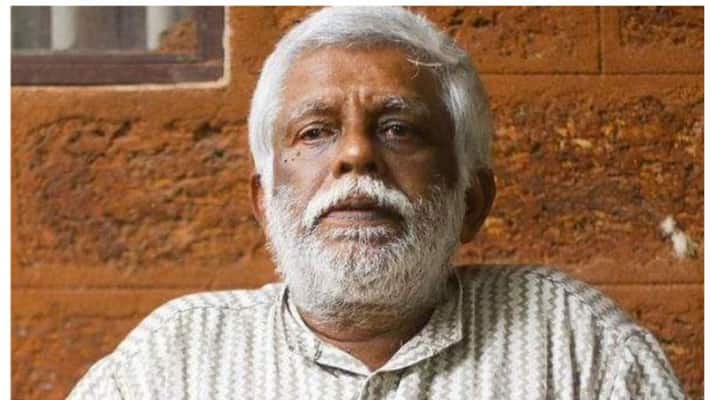 Civic Chandran, author and activist, accused in the case

While granting anticipatory bail to author and social activist Civic Chandran in a sexual harassment case, a Kerala Court observed that the offence under Section 354A of the Indian Penal Code is not prima facie attracted when the woman was wearing 'sexually provocative dresses'.

The 74-year-old accused had produced the photographs of the woman along with the bail application.

"The photographs produced along with the bail application by the accused would reveal that the defacto complainant herself is exposing to dresses which are having some sexual provocative one. So Section 354A will not prima facie stand against the accused", the Kozhikode Sessions Court noted in the order.

The Court also expressed disbelief that the 74-year-old physically disabled accused could forcefully put the defacto complainant in his lap and press her breasts.

The Court observed that from the wordings of Section 354 it is very clear that there must be an intention on the part of the accused for outraging the modesty of a woman. Section 354A deals with sexual harassment and its punishments; in order to attract this Section there must be physical contact and advances involving unwelcome and explicit sexual overtures, and there must be sexually coloured remarks or demands or requests for sexual favours.

The Court observed that it is a well-settled principle that when there is a long delay in lodging an FIR, then the reason for the delay must be properly explained. Here, the FIR was lodged two years after the alleged date of crime.

The prosecution alleged that the accused made sexual advances toward the de facto complainant who is a young female writer and tried to outrage her modesty in a camp convened at Nandi beach in February 2020. The Koyilandi police have registered a case against the accused for offences under Sections 354A(2), 341 and 354 of the Indian Penal Code.

When the Bail Application came before the Session Court, counsel appearing for the accused, Advocates P.V. Hari and Sushama M, contended that it is a false case and has been fabricated against the accused by some of his enemies to seek vengeance against him. It was also contended that the case was registered almost two years after the alleged occurrence of the incident and the cause of delay should be explained by the prosecution.

The Public Prosecutor opposed the granting of the bail to the accused, contending that a similar sexual harassment case had been previously filed against the accused.