Shah Faesal Was Detained Under a Valid Law and By a Competent Authority: J&K Govt Tells Delhi HC 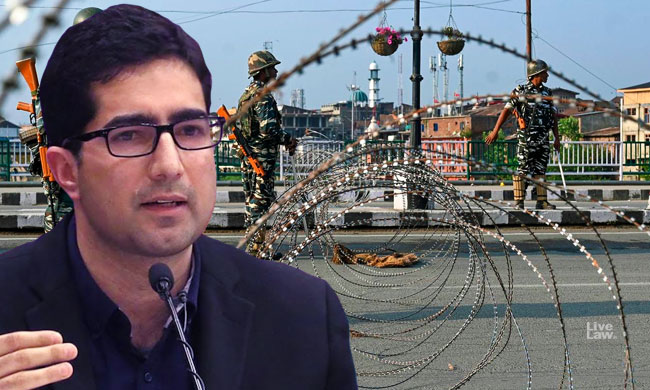 The government of Jammu & Kashmir has filed an affidavit before the Delhi High Court in response to a habeas corpus petition filed by the politician, Shah Faesal.

The affidavit countered the reasons given by the Petitioner for his travel to the USA by highlighting that his averment about going to Harvard University for education cannot be trusted as he did not even have a student visa at the time of the travel. It is also highlighted that Petitioner has been housed in a posh hotel and his wife did meet him in the same establishment.

The government also challenged the jurisdiction of the Delhi High Court and argued that the case should lie before the J&K High Court. It said

'Just because he was detained at Delhi Airport, it doesn't mean that the present court should have jurisdiction. The Petitioner is detained in Srinagar and under an order of an authority in Srinagar.'

It is also mentioned in the affidavit that there existed a Look Out Notice (LOC) for the Petitioner which was issued by the Intelligent Bureau. After apprehending him at the Delhi airport, the Bureau of Immigration intimated the IB and J&K Police liaised with Delhi Police to ensure his safe return to Srinagar. 'Even after arriving at Srinagar, the Petitioner started making instigating addresses to the public', the affidavit highlighted.

Shah Faesal, an ex bureaucrat turned politician, had filed a habeas corpus petition against his detention that was carried out at the Delhi airport. The court will hear the petition on merits on November 3.