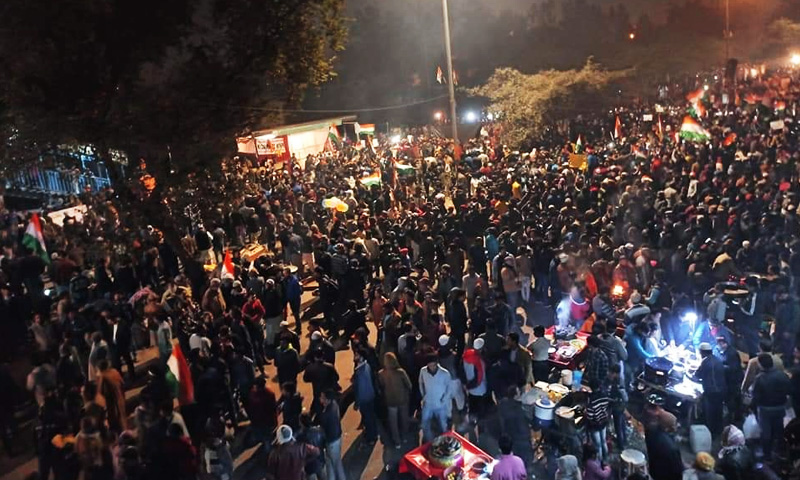 A plea has been moved before the Delhi High Court seeking withdrawal of closure of Kalindi Kunj - Shaheen Bagh stretch, which is currently barricaded due to the ongoing anti-CAA protests.

The Kalindi Kunj - Shaheen Bagh stretch, along with the Okhla Underpass, was closed on January 15 due to the large crowds turning up for protesting against the Citizenship Amendment Act.

Citing ongoing closure of the stretch as a major inconvenience to the commuters, the petition states that people are forced to take alternative routes such as DND Flyover and Ashram.

This divergence of traffic to alternative routes, as per the Petitioner, is causing wastage of valuable time and fuel of the commuters, as these routes are blocked with heavy traffic. It is stated:

'That the route is shut down as protesters continue to occupy the GD Birla Marg at Kalindi Kunj, connecting Delhi-Noida which is an essential route to decongest traffic at DND flyway. However, due to anti-CAA protests, Road No 13A between Mathura Road and Kalindi Kunj is closed for traffic movement.'

It is mentioned that due to the heavy traffic on alternative routes, it takes 15-20 minutes for people to just cross one red light in Ashram.

While citing certain news reports, it is submitted that Ashram Chowk is used by around 300,00 vehicles on average every day. With the Kalindi Kunj road closure, an additional 1,00,000 are flowing through the intersection.

As per the petitioner, the closure of Shaheen Bagh stretch is affecting both the office goers as well as children; who are being forced to leave their houses multiple hours in advance.

The petition also states that Delhi Police has failed to address this issue properly. Further, all that has been done is just issuance of multiple traffic alerts.

Apart from seeking directions to withdraw the closure of Shaheen Bagh stretch, the petitioner also seeks Mandamus to be issued to both the Delhi and the Union Government to give requisite assistance to Delhi Police in addressing the matter.

The Petition has been filed by Advocate Amit Sahni