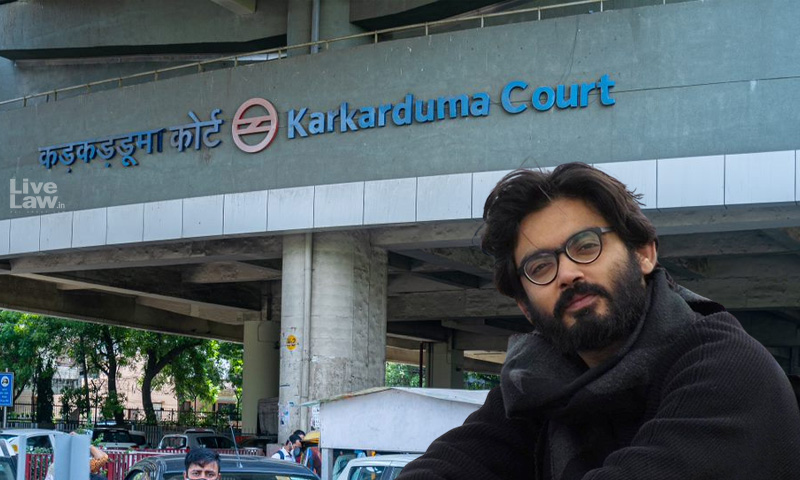 A Delhi Court on Monday dismissed the bail plea moved by Sharjeel Imam in connection with a case alleging larger conspiracy into the Delhi riots of 2020, involving charges under Indian Penal Code and UAPA.

What did Sharjeel Imam argue?

Advocate Tanveer Ahmed Mir had argued that no allegation of conspiracy can be attributed to Imam after his arrest in another riots case, days before the actual riots that happened on 24th and 25th of February, 2020.

He had argued that we cannot afford to have a system where conspiracies become endless and are rendered in perpetuity.

Mir had posed a bunch of questions to the Court to be considered while adjudicating Sharjeel Imam's bail plea. He asked that can there be a conspiracy in perpetuity and that if a person is arrested, can conspiracy can still be said against him after such arrest? He also asked that whether there was any evidence in the case attributed to Sharjeel Imam which suggested that there was a conspiracy to cause murders during the riots.

He had argued that in order to deny bail in the matter, there has to be evidence towards an overt act for conspiracy of causing riot staged in a particular location in the city which was on account of overt acts attributed to Imam.

Opposing the bail plea, Special Public Prosecutor Amit Prasad had referred to various events dating back to early December 2019, showing Imam's alleged involvement in the criminal conspiracy followed by his speech and conversations with members of various groups.

"When a cricket team plays, every player has its own importance. In the sequence of openers, assuming somebody one wicket is lost, that doesn't mean the intent to win game is lost. Merely because Imam is removed from the team by event of his arrest in 22/2020, doesn't mean entire conspiracy is abandoned," Prasad had argued.

He had argued that the defence cannot claim that merely because Imam was charged in FIR 22/2020, he cannot be charged in FIR 59/2020 which deals with the larger conspiracy in committing riots.

The FIR contains stringent charges including Sections 13, 16, 17, 18 of the UAPA, Sections 25 and 27 of the Arms Act and Section 3 and 4 of the Prevention of Damage to Public Property Act,1984. He is also charged of various offences mentioned under the Indian Penal Code, 1860.

Thereafter, a supplementary chargesheet was filed in November against former JNU student leader Umar Khalid and Sharjeel Imam in a case related to the alleged larger conspiracy in the communal violence in northeast Delhi in February.