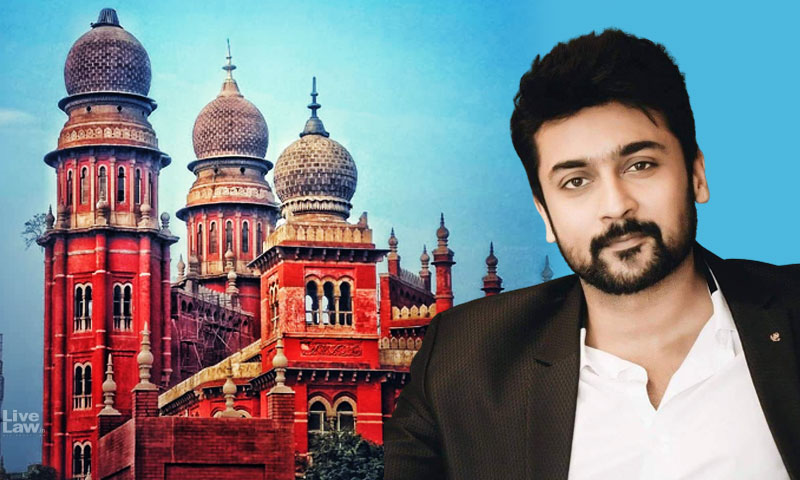 Six former judges of the Madras High Court have written to the HC Chief Justice, A P Sahi, urging him not to take contempt action against actor Suriya for his remarks on courts allowing NEET exam.

Yesterday, Justice Subramaniam had written to the CJ seeking contempt action against Suriya for his sarcastic comment that judges holding courts via video conferencing had asked students to appear in the NEET exam without fear.

Justice Subramanian had opined that such a comment amounted to "contempt of court as the integrity and devotion of the Hon'ble Judges as well as the Judicial System of our Great Nation was not only undermined but also criticized in a bad shape".

Disagreeing with this view, the former judges opined that such a construction of the statements of Suriya will be "slightly off the mark".

"When four students have committed suicide unable to meet NEET requirement and in a surcharged atmosphere, an artistic person's overreaction should not be taken seriously and out of context", said the letter written by former judges

They said that by taking the comments into totality and considering the good social work done by the actor through his trust to help hundreds of poor students to get education and placements, the judges should show "generosity and magnanimity in leaving the matter without cognizance".

Saying that as former judges they were concerned with the prestige and honour of the Court, they said that it was their duty to make the appeal so that the court is "rid of unnecessary controversies".