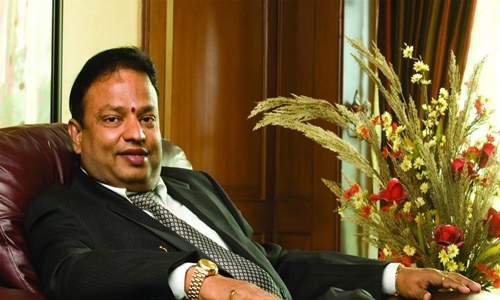 Justice Anand Venkatesh was in Vellore when he received an urgent phone call from the office of the Chief Justice of the Madras High Court Vijaya Kamalesh Tahilramani. The Chief Justice has allowed Nadigar Sangam to move an urgent case seeking a direction to the Chennai police to provide protection for the SIAA elections. The elections were scheduled to be held at St. Ebbas school in Mylapore here on Sunday.

Justice Venkatesh immediately started his journey back to Chennai. On his way back he received a call from Anantharaman, a common acquaintance of Ishari Ganesh and Justice Venkatesh. Anantharaman said that Ganesh is interested in this case and he wants the case to be adjourned by a couple of weeks in order to ensure that the elections are not conducted on 23.06.2019. This came as a bolt from the blue to the judge and he promptly disconnected the call without responding. Later, when the judge arrived at his residence, he spotted Anantharaman who again pressed for the adjournment of the case by at least two weeks. Allegedly, Anantharaman has also mentioned that Ishari Ganesh had done a lot to help the organisation and hence he was obliged to return the favour. Justice Venkatesh later learned that the Anantharaman was sitting in his house while he made the call.

Justice Anand Venkatesh observed these series of fact as nefarious. He was shocked to see that a party who is interested in a case and who is also a candidate in the SIAA election had approached a judge for seeking favours.

The judge has directed the Registry to number the suo motu criminal contempt petition, issue statutory notices to the contemnors requiring their presence after four weeks.