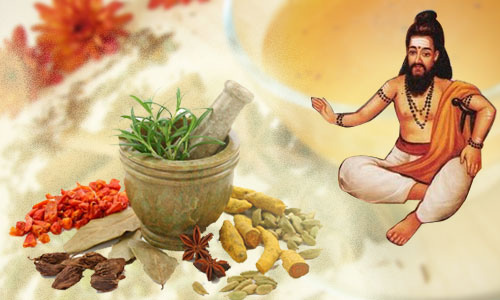 The Madras High Court on Thursday pulled up the Centre and the Tamil Nadu government on account of the fact that Siddha Medicine is not being given its due recognition by the Department of AYUSH or the state in the cure of COVID. The Court was moved in a Habeas plea against the detention of a person claiming to be a Siddha Medical Practitioner and the producer of an alleged cure medicine...

The Madras High Court on Thursday pulled up the Centre and the Tamil Nadu government on account of the fact that Siddha Medicine is not being given its due recognition by the Department of AYUSH or the state in the cure of COVID.

The Court was moved in a Habeas plea against the detention of a person claiming to be a Siddha Medical Practitioner and the producer of an alleged cure medicine for Covid 19.

Appreciating that Siddha medicine is the native medicine of southern States, especially Tamil Nadu, the division bench rebuked that "It seems vested interests are acting against development of Siddha and that is the reason why the Siddha medicines are not properly promoted and published in media".

Justices N. Kirubakaran and V. M. Vilumani said that a Siddha Doctor, who prepared a medicine for Covid 19 infection making use of 66 herbs, had submitted the same to the State Government for analysis, however the said medicine was not put to analysis, compelling him to approach Madurai Bench of this Court. Only after the directions given by the Madurai Bench, the medicine was tested and the State Government came out with a statement that the said Siddha medicine has got anti-viral properties. Thereafter, the drug was directed to be sent to the AYUSH Department for analysis and efficacy and to file a report.

"Even though Siddha Doctors are independently curing Covid patients successfully and Tamil Media is reporting the same promptly, English media is not giving any importance and recognition to such an important news", reprimanded the court.

"When a Siddha Doctor has come out with the Siddha drug about three months ago, ie., during the initial stages of Covid 19 infection and if the State Government had been prompt enough to analyse the medicine properly and recommend the same to the AYUSH Department, by this time, the new Siddha medicine would have been recognized by the AYUSH Department and the Siddha Doctor, who developed/produced it and the Siddha medicine would have been celebrated throughout India and the nation would have got a cure for Covid 19 pandemic", scolded the court, adding that this is only "a tip of an iceberg" and that here are many Siddha Doctors who have developed/produced Siddha medicines for Covid 19 infection and other illnesses and have forwarded the same to the State Government.

Noting that it is a fact that throughout the world everyone is desperate for a solution to get rid of the pandemic and so far, no cure has been found for treating Covid 19, the bench stated that "when someone comes forward with a remedy for the said disease, it is the bounden duty of the State Government to analyse the medicine to find out whether it has got anti-viral properties to fight the virus".

Commenting that so far, no Indian Doctor or Researcher has developed any medicine for any disease, the bench fumed that "The apathetic attitude exhibited by the Government is not going to help the Siddha Doctors or the Government or the public in general".

The bench observed that it is common knowledge that no allopathic medicine rather no medicine has been found for treating Covid 19 infection. It is said that in all the hospitals, including Private Hospitals only "kabasura kudineer" is given to Covid patients apart from immunity boosting medicines like Vitamin C and Zinc tablets and paracetamol and antibiotics, in case of fever.

"Therefore, the Government has to come out with a statement as to what are all the medicines given for treating Covid 19 patients in Tamil Nadu and as to whether Siddha medicines play vital role in curing Covid 19", asserted the bench, impleading the Ministry OF AYUSH and the Health Department, State of Tamil Nadu, in the present proceedings.

The Court raised the following queries to be answered by the newly impleaded respondents:

(i) How many Siddha Doctors have, so far, given samples of Siddha drugs developed/produced by them for treating Covid 19 infection for testing/analysis?

(ii) How many medicines have been analysed?

(iii) How many such medicines have been found to be containing anti-viral properties?

(iv) How many such medicines have been recommended to the Department of AYUSH for testing/analysis/approval so far?

(v) Whether AYUSH department has tested Siddha drugs and sent report regarding efficacy of the drugs?

(vi) How much is the allocation of fund made for development of Siddha system of Medicine and Research for the past 10 years by the State Government?

(vii) Are there any research facilities and institutes available in the State of Tamil Nadu for research and development Siddha Medicines?

(viii) Whether proper experts have been appointed in those research institute for research work?

(ix) What are the details of allotment of funds made by the Department of AYUSH to various systems of Indian Medicine viz., Ayurveda, Yoga, Unani, Siddha and Homeopathy for the past 10 years ? (Details regarding each year in respect of each system has to be produced)

(x) How many research institutes/centres of each Indian Medicine Systems have been established?

(xi) Whether infrastructure facilities for conducting researches are provided in all the Centres/institutes in respect of each system of medicine?

(xii) Is there any indigenous medicine developed as a cure for any illness in Indian alternative medicines on par with allopathy medicine?

(xiii) What are the plans of the Department of AYUSH and the State Government for the development of indigenous system of medicine?

(xiv) Whether proper steps have been taken by the Department of AYUSH as well as the State Government to encourage people to avail alternate system of medicine which has no side effects when compared to Allopathy?

The matter will be next heard on July 23.