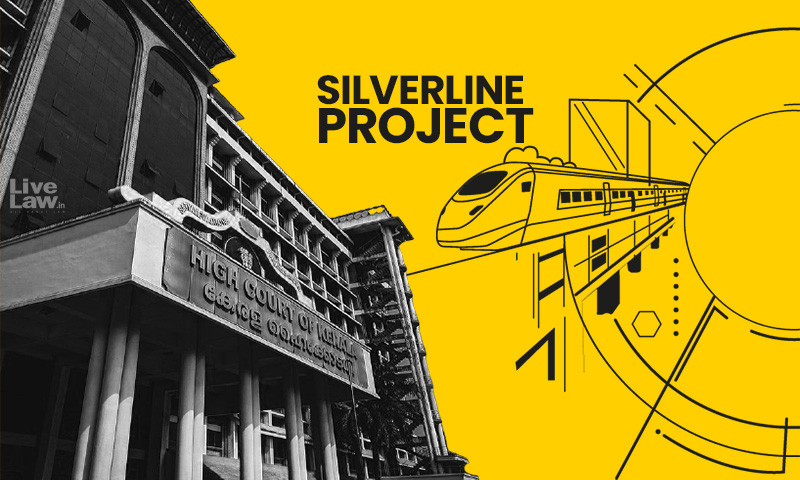 In an affidavit filed before the Kerala High Court, the Chief Secretary to the Government has submitted that its actions taken in pursuance of the Semi High-Speed Railway Line Project (Silver Line Project) were only preliminary in nature and that they were all in public interest. The statement was filed in a petition seeking to initiate contempt proceedings against K-Rail for...

In an affidavit filed before the Kerala High Court, the Chief Secretary to the Government has submitted that its actions taken in pursuance of the Semi High-Speed Railway Line Project (Silver Line Project) were only preliminary in nature and that they were all in public interest.

The statement was filed in a petition seeking to initiate contempt proceedings against K-Rail for allegedly breaching its assurance not to proceed with the Silver Line project before obtaining sanction from the Centre.

The State has also pointed out that by an order dated 29.01.2021, the Court had disposed of a writ petition finding no reason to interfere with the policy decision of the State to have the SilverLine Project. The order had further recorded that the Court respected and honoured every step taken in this regard by the State.

In this order, it was recorded that the concerned authorities had granted in-principle approval to proceed with the project and that the State has been permitted to take up pre-investment activities.

The State had then assured the Court that it will not proceed with the project prior to obtaining sanction from the Centre. However, it has been clarified by the respondents that only preparatory works are being undertaken at present and thereby, they have not violated their guarantee.

The statement reads as follows:

"It is submitted that all the steps taken by the respondents are fully in terms of the judgment. The Government is confident that the approval of the appropriate authority can be obtained. Being a major project, necessary preparatory and preliminary works are to be done. Unless the same is done in a proper manner, the same may affect the very outcome of the project. It is only in such circumstances that the respondents have taken the above measures. All the actions taken by the respondents are in public interest."

It was further submitted that the proposal submitted by the Kerala Rail Development Corporation regarding the acquisition requirements for the project was only awaiting final approval from the Railway Board. In fact, a Government order dated 18.08.2021 had accorded sanction to create an office of Special Deputy Collector to undertake pre-investment activities.

The State also argued that formal sanction for land acquisition will only be received once the Socal Impact Assessment is done and an Expert Group submits a report to the Government. Therefore, it was imperative that they carry out these steps.

On the said grounds, the respondents prayed that the contempt petition be closed in the interest of justice.

What is the Silver Line Project?

The Silver Line project is a semi high-speed rail corridor connecting one end of the State to the other and was announced for the first time over 12 years ago by the LDF government then in power.

Often referred to as Kerala's 'ambitious' proposal, it has been denounced on several fronts; from environmentalists, party opponents as well as those in fear of being displaced from their land.

However, despite all opposition, the paperwork for the project, which is set to run through a total of 11 districts in the State, had started making progress in the past two years. If successful, the train can take you from one end to the other within a matter of four hours. Today this journey takes over 12 hours, by road or rail.

The Kerala Rail Development Corporation (K-Rail), a joint venture of Indian Railways and the state government, is to implement the project. According to K-rail, the cost of the project was estimated to be around 64,000 crores. Although its Detailed Project Report received a nod from the State cabinet, approval from the Centre is still pending.

The opening move in the project is land acquisition. The Silver Line project demands around 1,383 hectares to be completed, and out of this, a whopping 1,198 hectares are owned by private individuals.

The State has been hasty in acquiring land despite not receiving a complete sanction from the Union since foreign funding would only flow in if it has a reasonable stretch of land.