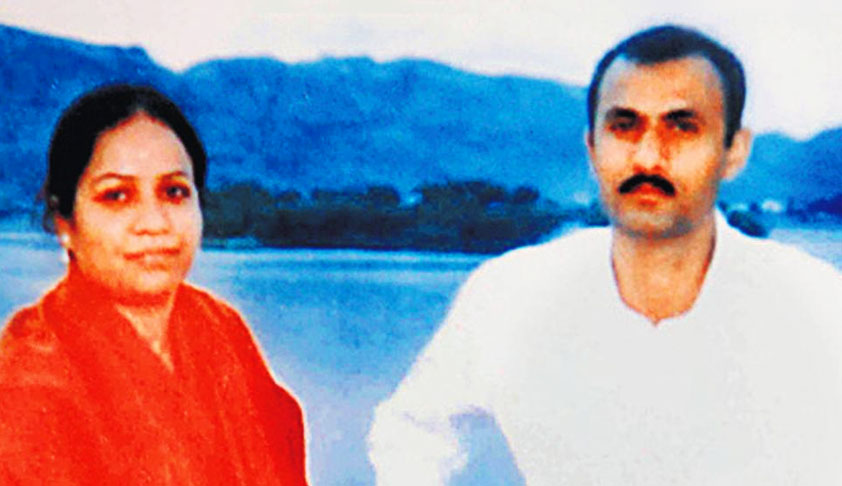 Thwarting the prosecution's case and evidence placed on record, Special CBI Judge SJ Sharma who presided over the Sohrabuddin trial, recorded in a 358-page judgement that the entire investigation of the prosecution was based on a pre-meditated and scripted theory that the killing of Sohrabuddin Shaikh, Tulsiram Prajapati and a pregnant Kausar Bi, was part of a larger conspiracy hatched...

Thwarting the prosecution's case and evidence placed on record, Special CBI Judge SJ Sharma who presided over the Sohrabuddin trial, recorded in a 358-page judgement that the entire investigation of the prosecution was based on a pre-meditated and scripted theory that the killing of Sohrabuddin Shaikh, Tulsiram Prajapati and a pregnant Kausar Bi, was part of a larger conspiracy hatched by politicians with the help of both Rajasthan and Gujarat police.

"The Central Bureau of Investigation while investigating the Sohrabuddin case was trying to establish a pre-conceived and pre-meditated theory, rather than finding the truth. They had a script intended to implicate political leaders anyhow" Judge Sharma said in the judgement dated December 21, 2018 acquitting all 22 accused. A copy of the judgement was made available today. Judge Sharma retires on December 31, 2018.

A total of 210 witnesses were examined in the case, out of which 92 turned hostile. Initially 38 accused were named in the case, however, 16 were discharged, including Amit Shah, and former home minister of Rajasthan Gulab Chand Kataria. The remaining 22 accused were acquitted.

For example, according to the prosecution, Sohrabuddin, Kausar Bi and Tulsiram were travelling in a luxury bus run by Sangeeta Travels to Sangli when they were picked up by the Gujarat police. Thereafter, Tulsiram was handed over to Rajasthan police and Sohrabuddin was taken to Disha farm outside of Ahmedabad along with his wife Kausar Bi. But all the witnesses who were present in the bus during the said incident, including the driver and conductor, turned hostile.

A particular witness who runs a Dhaba near Pune had deposed that Rajasthan police had stopped at the Dhaba and he was told by one police personnel that they were carrying a hardened criminal from Gujarat. He also stated that his staff had served breakfast to Sohrabuddin. He turned hostile as well.

"On the basis of improved version of almost all witnesses who in their earlier had not said anything about politician and political nexus but somehow after year they come out with such nexus theory. And they also came out with further theory that this incident of Sohrabuddin, Kausar bi and Tulsiram having taken place pursuant to incident of firing at the office of popular builder at Ahmedabad. I have no hesitation to conclude that the evidence which has been laid and adduced and as discussed and appreciated vividly prosecution has though tried but has failed to prove any such politician police nexus as allegation of influencing witness for withdrawing petition filed before Hon'ble Supreme court by offering Rs.50 lacs is not only proved by prosecution but there appears to be conflicting and contradictory version about it."

"In my discussion, I have also noted the negligence of the CBI towards the material part of the investigation which clearly indicating that they hurriedly completed the investigation either by using replica of the earlier recorded investigation and have implicated the police personnel who had not at all knowledge of any conspiracy rather they appeared innocent."

Judge Sharma also addressed the families of the deceased and noted that it is unfortunate that the killing of Sohrabuddin Shaikh, Tulsiram Prajapati and Kausar Bi has gone unpunished but also asserted that the accused cannot be held guilty on the basis of suspicion and CBI's investigation was not backed by evidence.

"Before I conclude, I must place on record the fact that I am not unaware of the degree of agony and frustration that may be caused to the society in general and the families of the deceased in particular, by the fact a serious nature of crime like this goes un-punished but then the law doesn't permit the court to punish the accused om the basis of moral conviction or suspicion alone. The burden of truth in a criminal trial never shifts, as it is always the burden of the prosecution to prove its case beyond reasonable doubts on the basis of acceptable evidence. It is no doubt a matter of regret that there is a reported killing of Sohrabuddin and Tulsiram and it is going unpunished. Also, Kausar Bi, wife of Sohrabuddin disappeared and the script of the CBI's investigation that she was killed and set ablaze is lacking of evidence and is also going unpunished. However, just for the sake of record the accused cannot be punished holding them guilty on moral or suspicion grounds. I have therefore no options to conclude that the accused are not guilty and are to be acquitted."