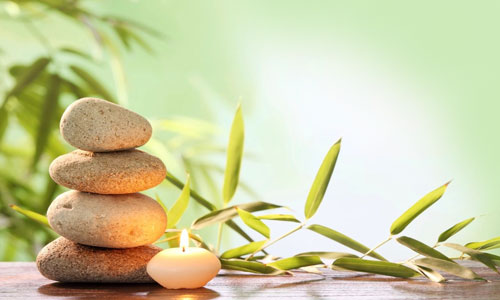 x
“A health spa, where cross - gender massages is a worldwide phenomenon, there is no legal prohibition and to borrow the wordings of the Hon'ble Supreme Court, except the majoritarian impulses rooted in moralistic tradition which is attempting to impinge upon individual autonomy”
Your free access to Live Law has expired
To read the article, get a premium account.

The Madras High Court on Wednesday observed that the police have no legal right to prevent a health spa being operated by anyone even if the therapy is done by persons of one sex to those belonging to the opposite sex.

Justice N Anand Venkatesh made this observation while quashing cases filed against spa therapists and owners of health spa in the state. Kadek Dwo Ani Rasmini, an Indonesian lady, professionally trained and qualified spa therapist, had approached the high court against the police action of keeping her in custody for nearly 26 days in the Vigilance Home. She alleged that the local police conducted a raid at her spa centre and took her away along with four other spa therapists and were placed under custody in Vigilance Home.

Referring to the details in the case diary, the court observed that this is a made-up case as against the spa owner and without following any of the mandatory procedures, the therapist was branded as a victim and was made to suffer the ignominy of detention in the Vigilance Home for nearly 26 days. The court added that she is entitled to compensation from the state government of a sum of Rs 2, 50,000 for infringement of her personal liberty and her reputation.

"The petitioner came into this country, with the fond hope that her services will be used as a Massage Therapist and she will be adequately compensated. She would not have thought even in the remotest of her dreams that she will be confined at a Home by the Police for 26 days. The petitioner has undergone a horrific experience in the hands of the police, and I am sure that she will have a very bad impression about this country and its system," the court said.

The judgment authored by Justice Anand Venkatesh discusses history of massaging and benefits derived out of it in the initial pages. The judge also narrates the development of the Law on Immoral Trafficking and also about various case laws on the subject. In his 79-page judgement, the judge has discussed wide range of issues. Relevant observations are reproduced below.

"Police have no legal right to prevent a health spa being operated by anyone even if the therapy is done by persons of one sex to those belonging to the opposite sex. A health spa, where cross - gender massages is a worldwide phenomenon, there is no legal prohibition and to borrow the wordings of the Hon'ble Supreme Court, except the majoritarian impulses rooted in moralistic tradition which is attempting to impinge upon individual autonomy," the judge said.

Banning cross-gender massaging will not guarantee stopping of illegal activity

"One of the contentious issues between the law enforcers and the spa operators is the practice of cross massages i.e. male massagers for women patrons and female masseuses for men at the spas and salons. Banning cross--gender massaging will not guarantee stopping of illegal activity--with the gay and lesbian community on the rise, sexual favours are no longer a heterosexual domain, hence these may continue even in a same-gender scenario. When it comes to the role of gender in the massage and bodywork profession, the spectrum of issues is great. And despite all that we might do to evade the topic, gender and, subsequently, sexuality always come back to somehow factor into the equation. It's important to recognize that both female and male therapists are subjected to the kinds of abuse that can happen behind closed doors. Clients that grope, ply for a date, or drop sexual innuendos affect both male and female therapists."

"Whatever be our pre conceived notions about a Spa and a Massage centre, due to various factors influencing our thoughts and behavioural patterns, there is always a scope to evolve and start looking at things in a right perspective. Each day, many of us unintentionally place limitations on ourselves by way of our conditioned mind. What we perceive as a purely natural reaction may actually be creating limitations for us and take away our inherent ability to empower ourselves. It's time we get out of that conditioning and look at the science and real purpose behind Massage and Spa Centres."

Foreigners To Be Treated As Ambassador Of Their Country

"Every foreign national who comes into this country, should be treated like an ambassador of the concerned country. They carry with them their opinions and impressions about our country. Therefore treating them with utmost respect, will enhance the image of this country around the world."