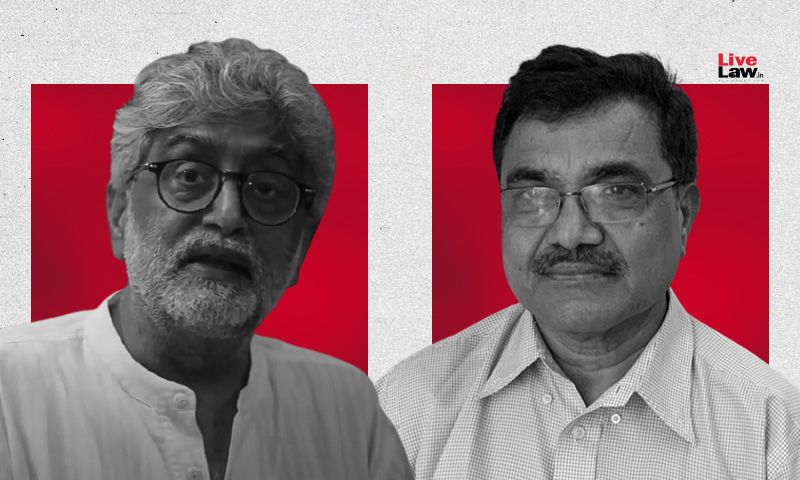 The Special NIA Court has rejected temporary bail pleas of professor Anand Teltumbde and journalist Gautam Navlakha, accused in the Bhima Koregaon - Elgar Parishad caste violence Case. In their applications sent directly from prison, the two sought to be released temporarily citing their age and vulnerability to Covid-19. The pleas were filed pursuant to directions from the...

In their applications sent directly from prison, the two sought to be released temporarily citing their age and vulnerability to Covid-19. The pleas were filed pursuant to directions from the jail administration asking all inmates above 60 years to apply for interim bail due to the pandemic.

Special Public Prosecutor (SPP) Prakash Shetty claimed that Navlakha had failed to submit a medical certificate along with his bail application. "The covid situation has improved considerably", he added.

Special Judge DE Kothalikar rejected the bail applications. "Needless to say that the prison authority shall provide appropriate medical aid to the applicant, whenever the situation would arise."

As for Teltumbde, the bench said that he had sought interim bail in his bail application on merits. However, since the substantive bail plea was rejected, this wouldn't survive either.

Accused Arun Ferreira and Surendra Gadling were supposed to be produced from prison and argue their bail applications on Monday; however, they were not produced and are likely to be brought on September 6.

The NIA recently filed a list of seventeen draft charges, including waging war against the country, which is punishable by death.

The agency has accused the 15 activists of being banned CPI (Maoist) and its front organisation members who intend to establish a "Jantana Sarkar" i.e. 'People's Government' via an armed revolution and seize power from the State.

However, the NIA recently told the High Court that it would not press for framing of charges before the trial court until August 25.

Accused Sudha Bharadwaj and Navlakha have approached the Bombay High Court to stay the trial or defer the framing of charges until the clone copies of all the electronic devices seized are provided to the defence.