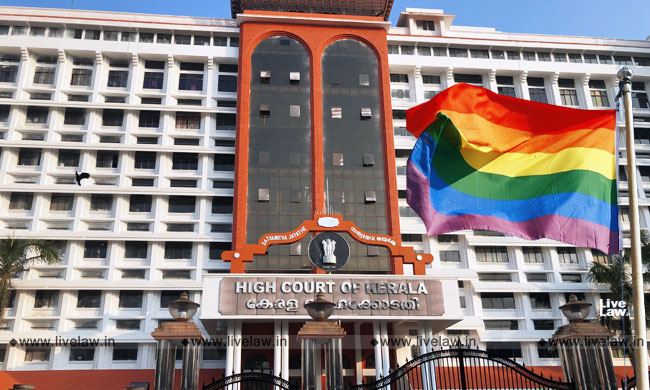 The Bench of Chief Justice S. Manikumar and Justice Shaji P. Chaly issued this direction while hearing a 2020 plea, wherein, it was prayed that Kerala Government be asked to come up with positive steps to ameliorate the agony, fate, and plight of transgenders (third gender) in Kerala as per Supreme Court's NALSA ruling.

In the plea before the Court, several other reliefs for the third gender community were prayed for including free education, food, shelter, clothing, monetary allowance, reservation of seats in educational institutions, and public employments as per the SC ruling.

Importantly, on January 13, 2020, the Court had directed both the State Government as well as the Central Government to submit the timeline for the formulation of the rules for the protection of rights of transgender persons.

It was also directed to produce the details of the welfare measures proposed and the proceedings issued, if any, by various Departments in the matter of education, health, employment, and in any other area for the welfare of the transgenders.

Further, the State Government was also directed to issue a public notice informing the transgenders about the process of online registration so as to enable them to obtain the identity card.

The Court, in its November 17 order, noted that Amicus Curiae had filed a report explaining the need to implement the provisions of the Transgender Persons (Protection of Rights) Act, 2019, in letter and spirit.

The Court also took into account the counter affidavit submitted by Under Secretary, Social Justice (B) Department of the Kerala Government setting out the steps taken by it for the Transgender community.

However, the Amicus Curiae submitted that though the Government had stated that adequate steps have been taken for implementation of the Transgender Persons (Protection of Rights) Act, 2019, according to him, the same is only on paper.

It was the further contention of the Amicus Curiae that though State Board and District Boards have been constituted, there is no meeting of the said Boards.

Significantly, it was also submitted by the State Government that the District Collectors have been empowered to register transgenders by online process.

In view of this submission, the Court gave time to the counsel appearing for the State to obtain instructions as regards online registration and also the steps taken to conduct awareness camps for the welfare measures available to transgenders.

Lastly, the Court suo motu impleaded the Member Secretary, Kerala State Legal Services Authority, as an additional respondent and asked it to submit details of the steps taken for the welfare of transgenders, as well as the implementation of the decision of Hon'ble Supreme Court in NALSA ruling.

Senior Government Pleader was also directed to file a detailed consolidated statement on all issues raised, as well as the stage of online registration. The matter has now been posted for further hearing on November 29.