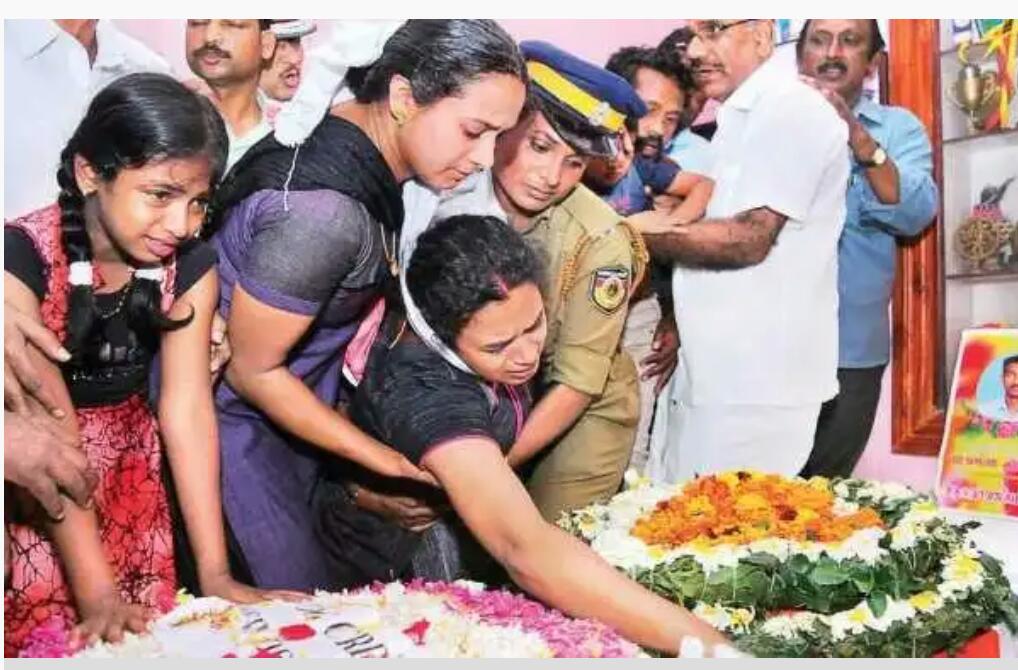 The martyr was a native of Wayanad District of Kerala. The 44-year-old jawan had completed about 18 years of service in the CRPF, and had been recently promoted to the post of havildar. He is survived by his wife Sheena, mother Shanta, children Amandeep (5 years old) and Anamika (8 years old). Sheena works as a temporary clerical staff at Kerala Veterinary and Animal Sciences University in Lakkidi.(Source: thenewsminute)

"I am deeply saddened by the incident. I wanted to do something for the braveheart who lost his life serving the nation, so I have decided to offer the future education expenses of the martyr's kids. It is my responsibility as a citizen of this country to support those who are defending our country. The entire nation should be with the family of the martyrs and take the responsibility of the family according to one's ability" said Sr. Adv. Poonthottam.

He also said: "This will be a very small help for those who have sacrificed their lives for the country, but this is an attempt to express the solidarity of a citizen to the family of the martyr for his sacrifice. Financial constraints will not be a hurdle for the kids of the martyr for pursuing their studies according to their wish"

The High Court of Kerala had conferred senior designation to George Poonthottam in December, 2018. He has a standing of about four decades at the bar and is known for handling cases in the field of constitutional law, education, service etc.

Earlier, paying his homage to CRPF Jawans martyred in Pulwama attack, Senior Advocate Yatin N.Oza offered to bear expenses of a girl child of one CRPF Martyr. Also, Senior advocate Rajdeepak Rastogi, Additional Solicitor General of India for Rajasthan said he is going to sponsor the education of two kids of any two CRPF martyrs. Over 40 CRPF personnel were killed and five injured on Thursday in one of the deadliest terror attacks in Jammu and Kashmir when a Jaish suicide bomber rammed a vehicle carrying over 100 kg of explosives into their bus in Pulwama district. The Delhi Bar Council had also strongly condemned the terror attack.