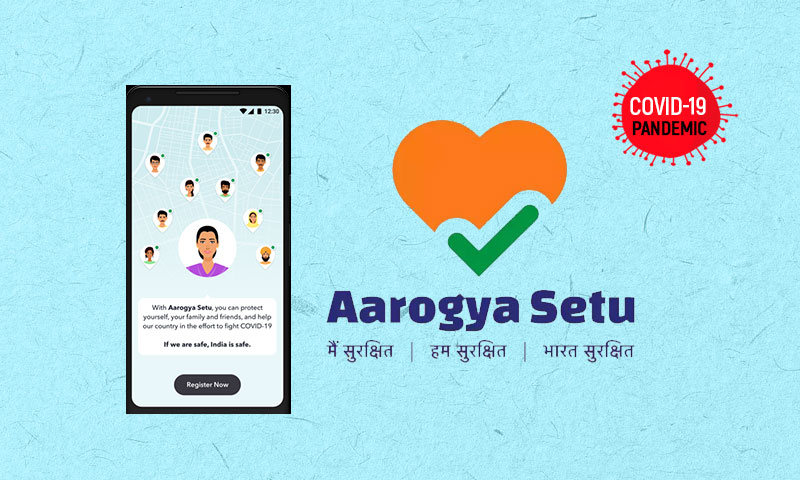 The Karnataka High Court on Monday clarified that in absence of any legislation, neither the State government, Central government or its agencies and instrumentalities can deny any benefit or services to a citizen only on the ground that he has not installed Aarogya setu application on his cell phone.

A division bench of Chief Justice Abhay Oka and Justice Ashok S Kinagi issued the clarification while hearing a petition filed by Anivar A Aravind who has challenged the mandatory use of Aarogya Setu application for accessing public services.

The petition by way of interim relief seeks two prayers--not to deny any service to citizens for not installing the Aarogya Setu application. Secondly, an order restraining the respondents during the pendency of this petition from proceeding with the Aarogya Setu App and with the data collected, in any manner, whether the collection of data from members of the public is stated to be voluntary or involuntary.

By way of last chance the court had on October 5 time till today to the Central government to file its statement of objections. Advocate M N Kumar appearing for the Central government today sought further indulgence of the court to file its objections to the petition. Senior Advocate Colin Gonsalves appearing for the petitioner submitted that many times adjournment was taken. He apprised the court that circular issued by Department of Personnel Training continues to make the download and use of Aarogya Setu application mandatory.

Kumar responded by submitting that all authorities are bound by the National Executive Committee (NEC) order. The NEC order clearly says that use of the Aarogya Setu application is not mandatory. No authority can travel beyond the NEC order. So far no authority has denied services to any citizen.

The bench allowed the request made by the Central government it said during the period of pandemic we have to adopt a liberal approach. It directed the Central Government to file its objections by November 3 and posted the matter for further hearing on November 10.

The petition states that the National Directives for Covid Management which mandates the use of the app as mandatory for all employees both public and private is in violation of Fundamental Rights, guaranteed under Articles 14, 19 and 21 of the Constitution of India.

The Chairperson of the Empowered Group on Technology and data management has issued an order dated May 11, notifying the Aarogya Setu data access and knowledge sharing protocol. This is not in the nature of a law and this protocol cannot be an excuse to mandate the use of Aarogya setu app without any enabling law. The app has been collecting excessive data and this goes against the principles of data minimisation and purpose limitation as enshrined in 'Puttaswamy Judgement'.

It is also argued that the Aarogya setu app that was promoted by the government as voluntary has become de-facto mandatory.