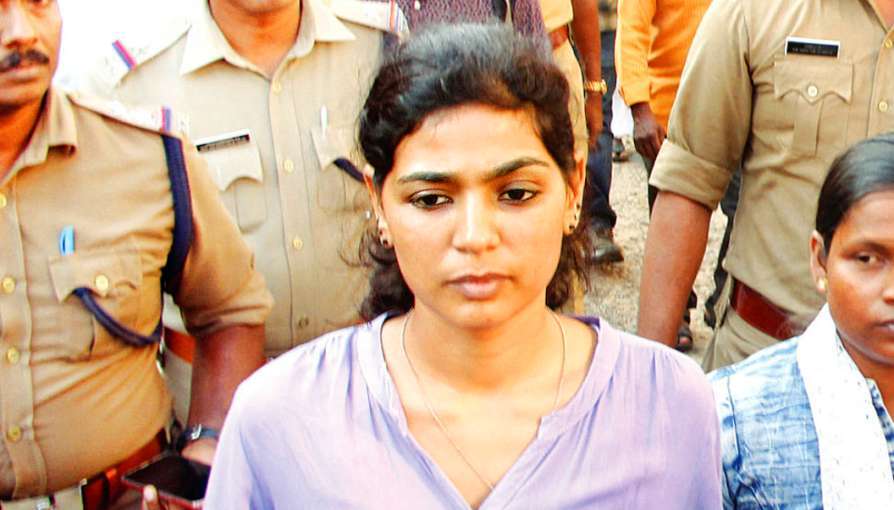 The Supreme Court on Wednesday made the stay order against the Kerala High Court’s bail condition restricting controversial activist Rehana Fathima from printing, posting or publishing her views on any medium of the media, as absolute.

The Court was considering Fathima’s plea against an order of November 23, 2020 vide which the High Court had imposed strictures on Fatima who had uploaded a video of making beef free with the caption "Gomatha Ularth".

The bail condition reads as follows:

"Till the trial is over, the accused shall not directly, indirectly or through any other person publish, transmit, share, upload or disseminate or publish any material or any of her comments through any visual and electronic media, open to public"

The Kerala High Court, in its order, had observed that the use of the term "Gomatha" as a synonym for meat in a cookery show is prima facie likely to hurt the religious feelings of Hindus, who worship cow as a deity.

During the hearing today, Senior Advocate Colin Gonsalves took the Court through the interim order of February 9.

“The matter can be disposed of if my friend (appearing for the State of Kerala) agrees”, the senior advocate said. He told the Bench that before the High Court there are two matters seeking reliefs under Section 482 of the CrPC to quash criminal proceedings.

“So, direction 2 will be stayed and 3 will be continued?”, the Bench asked to which Gonsalves replied in the affirmative.

The third condition imposed by the High Court is that Fathima should not share or forward any content to negatively affect the religious feelings or sentiments of any community.

“(iii). She shall not directly or indirectly or through any other person, through print, visual or other electronic media make, share, forward, disseminate or propagate any comment, which may affect or has the propensity to affect the religious feelings or sentiments of any community or group of society.”

The Counsel appearing for the State took the Court through the affidavit filed. As per the same, the Kerala government had asked the Supreme Court not to give any reduction in bail condition of Fathima, citing that her actions have hurt religious sentiments.

It is the State’s contention that Fathima violated the bail conditions several times and re-circulated posts that hurt religious sentiments..

The problem is the conduct of the petitioner, the counsel for the state government said.

In 2018, Rehana Fathima was booked for outraging religious sentiments (Section 295A IPC) over her pictures in Facebook in the customary attire of Ayyappa devotees, uploaded in the wake of the Sabarimala verdict of Supreme Court.

The High Court of Kerala had then denied her bail, observing that her photographs were not in "good taste" and "cannot be appreciated from the point of view of an ordinary prudent believer" and had the "propensity to hurt religious feelings". She had created another public stir when she attempted to enter the Sabarimala temple after the 2018 Supreme Court verdict.

In 2020, another FIR was lodged against her over a video published by her showing her children draw paintings on her nude body. Rejecting her argument that the video was an attempt to desexualise the female body, the Kerala High Court held the act to be prima facie obscene.