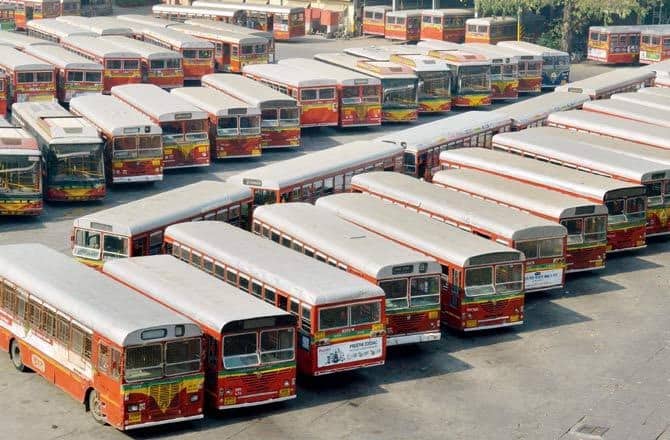 In a huge relief to Mumbaikars, the strike called by Brihanmumbai Electricity Supply and Transport (BEST) employees has ended. Almost 32,000 BEST employees were on an indefinite strike since January 8 demanding higher salaries, a revision in pay scale for junior employees, and merger of the BEST budget with the Brihanmumbai Municipal Corporation (BMC) budget.

The division bench of Chief Justice NH Patil and Justice NM Jamdar was hearing a PIL filed by Datta Mane, who was appearing in person. Mane pointed out in his petition how 50 lakh commuters have been inconvenienced as 3,700 BEST buses had stopped plying on the roads.

The court had constituted a high-power committee that was looking into the demands of workers. The said committee submitted its report in an earlier hearing.

Neeta Karnik appeared on behalf of the BEST Workers' Union and submitted that there was a huge disparity in remuneration offered to BMC employees and employees of BEST. She further submitted that the workers were paid around Rs 8,000 as basic salary, but this was cut to Rs 5,400 from 2007. Karnik asserted that a 15-step increment should be given to the workers as BEST has sufficient funds.

Senior counsel MP Rao appeared on behalf of BEST and submitted that a 10-step increment has been agreed upon by the employers as a goodwill gesture, but it would still cost Rs 80 crore. Hence, the demand in respect of the increments be left open for the consideration of the mediator, except the one which the employer has agreed upon i.e., grant of 10-step increments, Rao said.

BMC's senior counsel AY Sakhare also informed the court that if a mediator is appointed and the dispute is resolved amicably, then that would be desirable.

The court noted that both the Workers' Union and BEST have agreed to the name of former Chief Justice of Allahabad High Court FI Rebello to act as mediator. Following issues were referred to the mediator-

(a) The demand of the Union for 10-step increments over and above the 10 steps agreed by the BEST Undertaking.

(c) The entire charter of demands already submitted by the Union to the BEST Undertaking.

(d) Implementation of efficiency measures by the BEST Undertaking including running of wet-lease and electrical buses in the city of Mumbai.

The court has asked the mediator to take up the issue of increment on a priority basis and submit his opinion on the same within 6 weeks. Also, the mediation process is to be completed within three months.