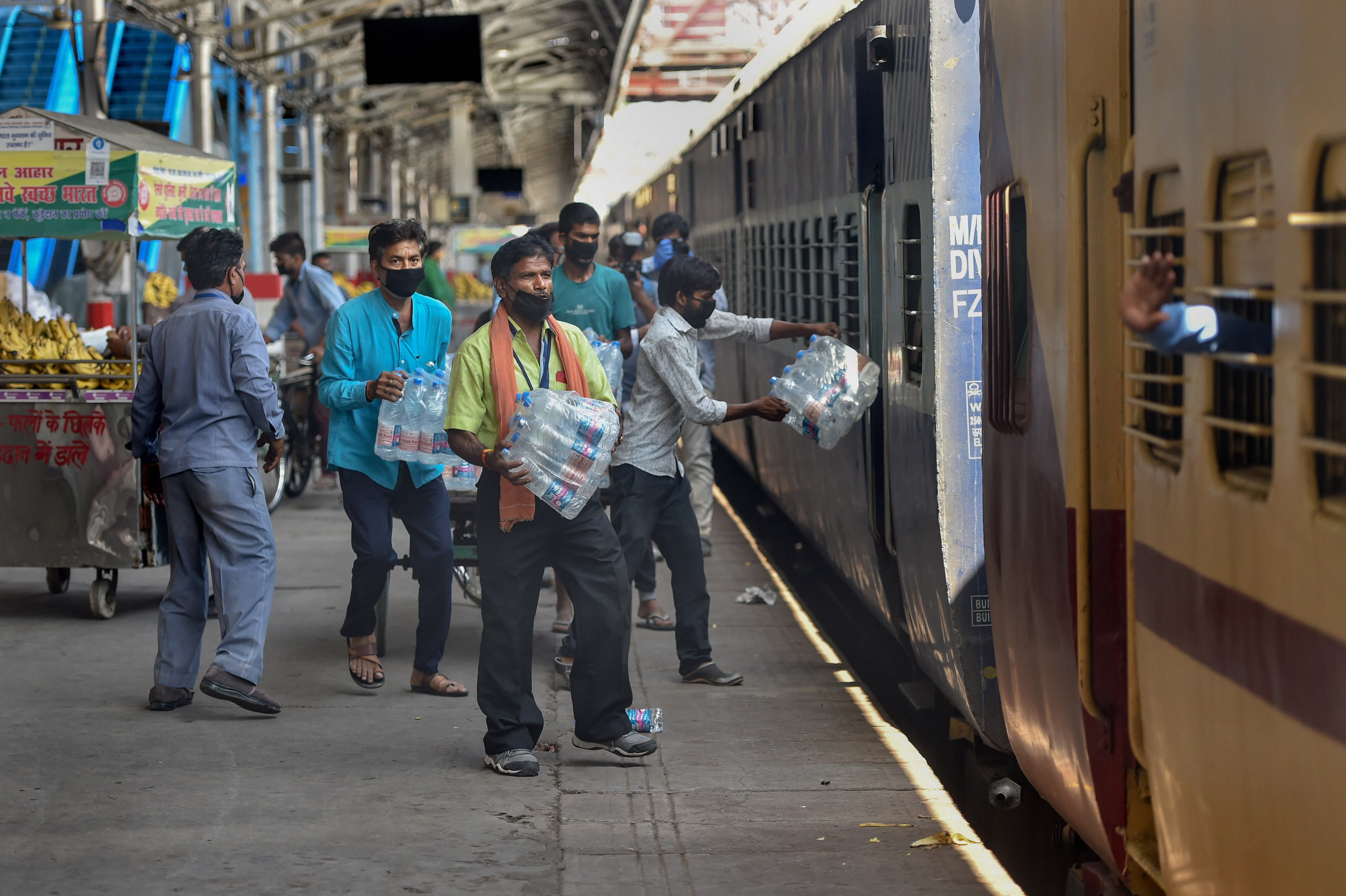 The Karnataka High Court on Thursday directed the state government to place in writing its policy decision on close down mustering centres started to register and house migrant workers desirous of going back to their home states. Additional Advocate General Dhyan Chinnappa submitted to the court that today the mustering centres are kept open to facilitate transport of Migrant...

The Karnataka High Court on Thursday directed the state government to place in writing its policy decision on close down mustering centres started to register and house migrant workers desirous of going back to their home states.

Additional Advocate General Dhyan Chinnappa submitted to the court that today the mustering centres are kept open to facilitate transport of Migrant workers. Someday the state will have to stop this facility. To which the bench said "The state must make its stand on this decision in writing and place a policy decision on the next date of hearing."

On the last hearing, the court had asked the state whether it wanted to help migrant workers who are registered on the seva sindhu portal to travel back to their home states. The observation was made after the state informed that mustering centres have been closed down as people are not coming forward.

The court also noted that the state is bound to arrange for transport of the Migrant workers who are at the mustering centers.

Counsel Clifton Rozario appearing for All India Central Council of Trade Unions (AICCTU) submitted a list of workers who are desirous of returning to home states.

The bench said "As of today the state has not discontinued the policy of providing transport facility to migrant workers desiring to go back to their state. Therefore it follows that migrant workers who are mentioned in the memo of AICCTU, state will have to arrange for their transport."

The bench also asked the state to submit action taken reports pursuant to the simplified policy for transportation of migrants issued on June 13. The bench said "While filing action taken report state will disclose the migrant workers who are present today at the mustering centre at Bengaluru whether they were provided facility of transport."

In its written submission the state government said that as of June 29, a total of 4,16,914 persons registered on the Seva Sindhu portal travel back to their home states in 291 Special Shramik trains. As on June 30, SMS were sent to 6, 54, 406 registered persons informing that if they still intend to travel they should report to the mustering centre or to respective district commissioners office. An assurance was also given that If migrant workers based on June 30, SMS reports to mustering centre trains and transport will be arranged for them.

The court thus directed AICCTU to place on record details indicating whether those migrant workers who were registered on the Seva sindhu portal but stayed back in Karnataka are provided relief under various welfare legislations. It said "If submissions of state are accepted broadly it can be said that out of those migrant workers who were registered on Seva sindhu portal for returning back to home states. Half have continued to stay in the state. The issue is of providing relief to them under various welfare legislations which are applicable to them. AICCTU will place necessary material on that behalf."