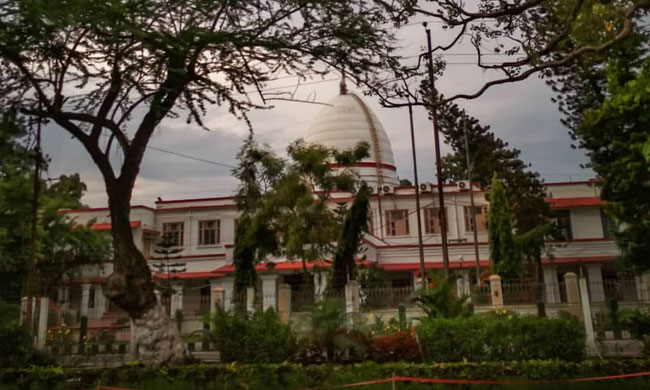 The Gauhati High Court on Friday decided to look into the legality of summons issued by the Enforcement Directorate, allegedly to prevent the Petitioner from broadcasting true and correct facts of agitation presently ongoing against the Citizenship Amendment Act, 2019 in the State of Assam.

The Petitioner, Jayanta Baruah, is the proprietor of daily newspaper namely 'Asomiya Pratidin' and also the proprietor of a news channel namely, 'Pratidin Time', having highest circulation/viewership in the State of Assam.

The Petitioner had been summoned by the ED under Section 50(2), 50(3) of the Prevention of Money Laundering Act, 2002, allegedly in connection to cases registered in the years 2014 and 2015.

The Petitioner's apprehension was that the ED had summoned him in the garb of these cases, to prevent him from broadcasting true and correct facts of agitation presently ongoing against the Citizenship Amendment Act, 2019 in the State of Assam. Notably, just before receiving ED's summons, the Petitioner had resisted two summons issued by the CBI.

He informed the court that the executive had been pressurizing him not to broadcast such information. Moreover, the Information and Broadcasting Ministry had also been trying to create disturbances in broadcasting the news channel. The settings with the satellite connections had been altered and live broadcast of the news channel was being frequently interfered at the behest of the respondents, thus curbing the Petitioner's freedom of press.

He also informed the court that while he successfully resisted CBI's summons for not having indicated as to what information was sought from him; in what context; in context of which document; etc., its sister organization ED filled those gaps this time and served summons upon him.

"By mentioning the requirement of production of certain documents, the respondent no. 6 has issued the summons, but the reason behind the same is to secure the personal appearance of the petitioner somehow, after having failed to secure the same in two earlier attempts made by a sister investigating agency," he submitted.

He further pointed out that the timing of the summons issued by the two organizations could not be overlooked, as they were issued in close proximity, that too after the last summons in this regard were issued in 2015.

"Noticeably, the two offices wherefrom the notices dated 12.12.2019, 14.12.2019 and the summons dated 16.12.2019 have been issued, are located in the same complex… I am of the prima facie view that the matter of issuance of the notices and the summons, under reference, requires a further examination in view of the close proximity in time of their issuance and as regards the process which have gone into by the respondent Directorate before deciding to issue the summons on 16.12.2019 and to serve the same on the petitioner at 06-00 p.m. on 16.12.2019 and the petitioner is entitled to interim protection as like the order dated 16.12.2019."

The court thus suspended personal appearance of the Petitioner and granted the liberty to furnish copies of the documents sought for in the office of the ED through his authorized representative before 03.01.2020. It also directed that no coercive action with regard to the summons shall be taken against the petitioner till then.