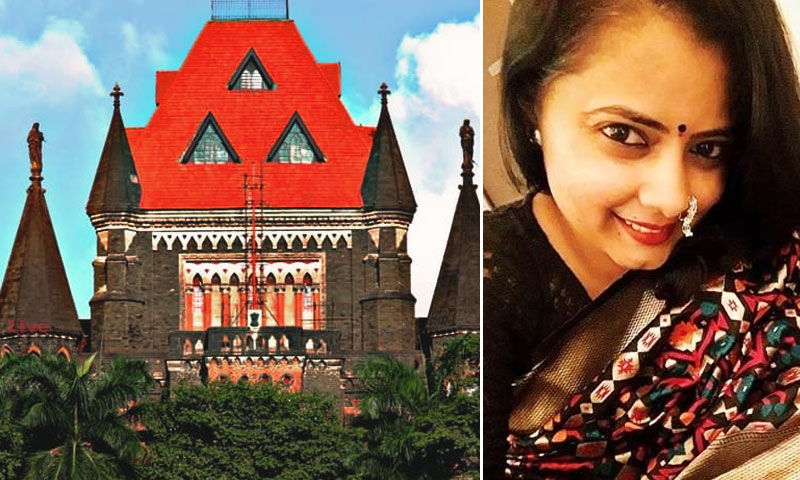 While making his submissions before the Bombay High Court in the writ petition filed by Sunaina Holey, who was booked for tweets against the Maharashtra Chief Minister Uddhav Thackeray, minister Aaditya Thackeray and other members of the cabinet, her lawyer Abhinav Chandrachud cited a case wherein the High Court had refused action against Shiv Sena's mouthpiece the Saamna for articles after...

While making his submissions before the Bombay High Court in the writ petition filed by Sunaina Holey, who was booked for tweets against the Maharashtra Chief Minister Uddhav Thackeray, minister Aaditya Thackeray and other members of the cabinet, her lawyer Abhinav Chandrachud cited a case wherein the High Court had refused action against Shiv Sena's mouthpiece the Saamna for articles after the Babri Masjid demolition and consequent riots.

The division bench of Justice SS Shinde and Justice MS Karnik was hearing the criminal writ petition under Section 482 of CrPC filed by Sunaina Holey, who was booked under Sections 153A, 505(2) and 500 of IPC in three different FIRs relating to three tweets posted by her. She was arrested in August this year and then released on bail in the case registered against her by the Cyber police station, Cyber Crime, Bandra Kurla Complex.

Petitioner's counsel Advocate Abhinav Chandrachud referred to the allegations in the FIR and submitted that no offence is made out against Holey. He cited the judgment of the Supreme Court in Manzar Sayeed Khan Vs State of Maharashtra & Anr and submitted that the test laid down by the Supreme Court in Section 153A cases is that the intention to cause disorder must be made out by the words used by the accused and the circumstances in which the accused made the statements. Manzar Khan was a case where the Supreme Court quashed an FIR by reading James Laine's book. The court held that the High Court was wrong to keep the petition pending, and to ask the police to continue the investigation, Adv Chandrachud said.

"Manzar Khan also relied on Justice Vivian Bose's words, that the words used by the accused must be judged on the basis of what reasonable, strong-minded and courageous people would think, not on the basis of hypersensitive people or "those who scent danger in every hostile point of view"

It also relied on Bilal Kaloo's case, where the Supreme Court had held that Section 153A requires that the accused must refer to two communities. In our case, the petitioner has not even referred to one community, let alone two communities in the FIR"

Adv Chandrachud also cited a judgment of the Bombay High Court in Joseph Bain D'Souza And Another vs State Of Maharashtra And Others, in which the court was considering fiery and incendiary editorials written in the "Saamna" newspaper, the mouthpiece of the Shiv Sena. After the demolition of the Babri masjid in Ayodhya, and the Hindu-Muslim riots in Mumbai, the Saamna had written editorials which were quite extreme, using words like "crush the traitors", Chandrachud said.

The bench then sought to view the video posted by Suniana Holey in Twitter to be shown to them again.

Senior Advocate Manoj Mohite appeared on behalf of the State and submitted that the said video is regarding thousands of people gathering near Bandra railway station. He submitted that people gathered there were saying that "Allah dekh lega" and someone else said "Ye Allah ka nahi, Modi ka kiya hai." If the video had been shown in its entirety it would not have been a problem however in the video posted by the petitioner it was not, Sr Adv Mohite said.

Mumbai police's social media department found something fishy in the petitioner's tweet and registered an FIR. However, three other FIRs were registered on the same day pertaining to the said gathering, Mohite argued.

The said gathering of thousands outside Bandra station was caused as a rumour was spread at the peak of the nationwide lockdown that trains from Mumbai will be starting for migrants.

Finally, Adv Chandrachud relied upon the judgment in Rajaram Shankar Patwardhan vs The State Of Maharashtra And Anr in support of his submissions. He said that Holey merely posted a video on her twitter handle which consisted of a certain community but she did not say anything about the particular community.

Thereafter, the bench asked Dr.Chandrachud to continue his submissions in the next hearing.

"How many democracies are there in the world? In other democracies, how are such tweets treated?"

Thereafter, the bench asked the counsels for both the State and the petitioner to assist them on this issue in the next hearing which is December 14, 2020.