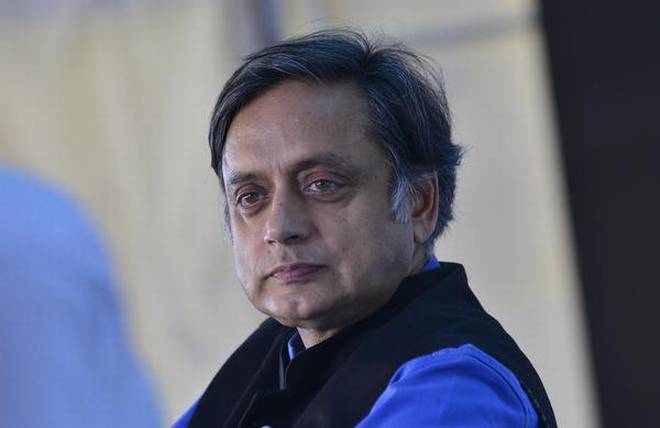 A Delhi Court on Thursday observed that it expected the Delhi police and prosecution to not share with third parties the contents of the chargesheet against Congress MP Dr Sashi Tharoor in the criminal case relating to abetment to suicide of his wife Sunanda Pushkar.

Additional Sessions Judge Arun Bhardwaj referred to Rule 11 of CCS (Conduct) Rules dealing with the Communication of Official Information and manual of Office Procedure, which restrains officials from sharing official documents with any other person to whom he is not authorised to communicate such documents or classified information. Since this provision is applicable in full force to the prosecution and police, no specific order is required to restrain them from sharing the charge-sheet, observed the Court.

"Considering the provisions of CCS Rules, which are applicable to prosecution as well as Delhi police and which restrains Prosecution and Delhi Police from sharing official documents with any other person to whom he is not authorised to communicate such documents or classified information, no further direction is required to be passed restraining them from sharing the charge sheet and documents of this case with any third party/ stranger", the order said.

The court also noted that, "as far as prosecution department and the Delhi Police are concerned, the court has full confidence that they would follow the Conduct Rules and there will be no occasion when the charge sheet of this case or any other document relied upon by the prosecution may be communicated directly or indirectly to any other person who is not authorised to have access to the same".

The Additional Sessions Court at Rouse Avenue Complex for trying cases against MPs/MLAs has given liberty to the prosecution to consult with experts the contents of chargesheet for the purposes of trial. However, it added that such experts should not share contents of this charge sheet with any other third party/ stranger. The prosecution has been directed to serve a copy of the order on the experts consulted by it. The prosecution shall maintain a record of the experts consulted by it with whom it would be sharing the documents of this case and produce before the court, if so directed.

The Court was hearing Tharoor's plea that after passing away of his wife, misinformation was spread and he has reasonable apprehension that misreporting or false information will subvert the legal process and interfere with due administration of justice.

Tharoor's counsel senior advocate Vikas Pahwa along with advocate Gaurav Gupta, prayed that such misinformation would also be detrimental to his right to reputation, right to privacy and right to receive a fair trial and therefore, the prosecution as well as the Delhi Police be directed not to share or disclose the charge sheet and any other document on record with any third party.

The state opposed the plea saying a blanket ban will affect its case since the matter is at the stage of framing of charge and due to various technical reports etc which are a part of the charge sheet, it will be necessary for the prosecution to discuss the same with experts concerned by way of sharing relevant documents to answer probable defences the accused puts up.

During the arguments on this application, Tharoor's counsel also referred to the Delhi High Court Rules and Section 8(1)(b) RTI Act which states that there shall be no obligation to give to any citizen information which has been expressly forbidden to be published by any court of law or tribunal or the disclosure of which constitutes contempt of court.