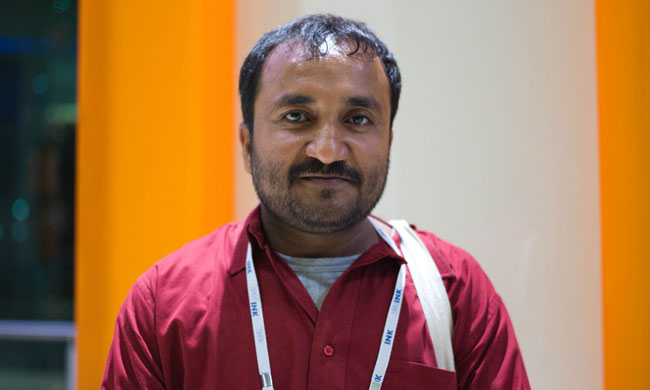 'Super 30' fame mathematician Anand Kumar has been directed to appear before the Gauhati High Court on November 26 to respond to a plea by some students. "We hereby direct that respondent No.8 (Anand Kumar) shall remain present in the Court in person on the next date of listing. In case respondent No.8 does not appear on the next date of listing, we shall be constrained on issuing...

'Super 30' fame mathematician Anand Kumar has been directed to appear before the Gauhati High Court on November 26 to respond to a plea by some students.

The bench also ordered that the petition be listed "high up on the list" on November 26.

The court's order came on a petition moved by four students from the Northeast India and at present studying at IIT Guwahati. The petitioners in their PIL moved through Advocate Amit Goyal said there was no transparency in the functioning of Super 30.

Kumar, along with ex-Bihar DGP Abhayanand had conceptualized Super 30 to teach poor students from Bihar to crack IIT JEE. Abhayanand parted ways with Kumar in 2008.

The petitioners alleged that a large number of students from North East, who had approached "self-proclaimed mathematician" Kumar "to be enrolled in 'Super-30', were admitted by him in a coaching institute by the name of "Ramanujan School of Mathematics", by charging an amount of ` 33,000 per student and that it now appeared that he was not, in fact, running any Super-30 classes after the year 2008.

"…most of the time, the Respondent No. 8 roams to different places in India and outside India and doesn't devote sufficient time to the IIT aspirants who took admission in Ramanujam School of Mathematics…Whenever, IIT results announced, the Respondent No. 8 appears before Media with some of the students of Ramanujam School of Mathematics and other students and claims that they are super 30 students and qualified in the IIT entrance exam. The false propaganda created by the Respondent No. 8 is not only cheating the IIT aspirants and their guardians but also the common people of this Country including the people from the northeast," alleged the petitioners.

Earlier, the petition, argued by senior advocate A Saraf, had objected to release of Hrithik Roshan starrer film "Super 30" based on Kumar's life and his biography, but later scaled down the prayers and urged that the PIL may be entertained only with regard to the allegations made against Kumar and how students from Northeast were being defrauded.

On September 21, 2018, the court had issued notice to Kumar and Abhayanand. Kumar, however, sought adjournment.

In an affidavit filed in the court in January, Abhayanand said he has no personal knowledge of what has transpired in Kumar's Super 30 since 2008. He also said that prior to 2008, there was transparency in running of Super 30 and successful students were readily made available to speak to the media but later on, he gathered from the media that students were not allowed to interact with the press as freely as before and success stories appearing in the media were generally sponsored.

The affidavit also speaks of how Abhayanand visited Kumar and found him lacking knowledge of math and had sufficient land in his village and by no means was poverty-stricken.