Governing Body Of College Is The Proper Authority To Appoint Administrative Staffs of A College : Supreme Court 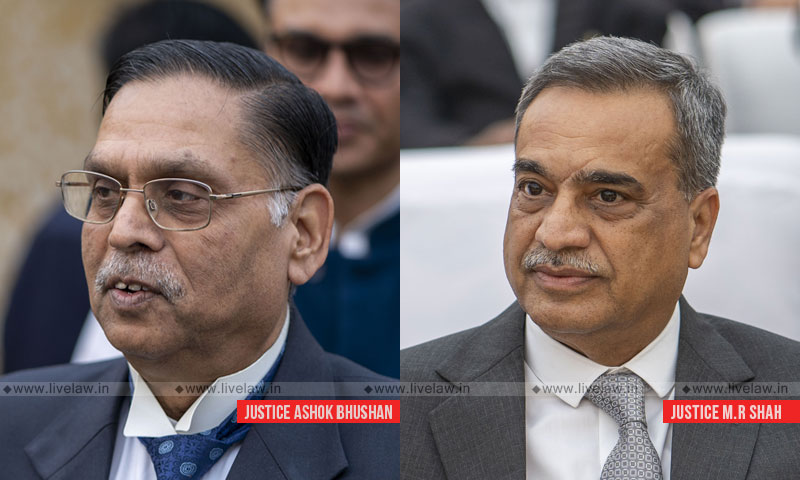 The Supreme Court has observed that it is the Governing Body of a College which has the authority to appoint the administrative staffs of a College.

One Ms. Asha was appointed as the warden of Daulat Ram College on 06.05.2016 and assumed the charge on 21.05.2016. The Governing Body in its meeting noted that the term of some other woman, who was appointed as warden prior to Ms. Asha's appointment, as the warden of the hostel was to expire on 11.09.2016 therefore, challenging Ms. Asha's post. In view of the same, a show cause notice was sent to Ms. Asha asking her to explain how she illegally and wilfully attempted to occupy the warden post when she was aware of the appointment of the other warden.

A letter was sent by the Principal in June 2016 informing that Ms. Asha has been appointed as the warden and may continue to hold the post for two years. However, in another letter, the University of Delhi wrote that the appointment of hostel warden is a purely administrative affair of the college and University had no role to play in it. Therefore, it asked the Principal to act as per Ordinance XVIII of the University.

Aggrieved by the same, Ms. Asha approached the Delhi High Court wherein a Single Judge vide judgment dated 09.03.2018 held that the appointment of the warden in college hostel was an administrative affair of the College and that the appointment of Ms. Asha was irregular. Aggrieved by this, Ms. Asha preferred an appeal to the division bench of the High Court wherein the Court vide judgment dated 06.03.2019 issued certain directions which mentioned that the Principal after inviting applications for appointment of warden would place the same before a Staff Council which will take a decision and make its recommendations in the matter. Aggrieved by the confusion in the procedural formalities of appointing hostel warden, an appeal was preferred to the Apex Court.

ISSUES OF THE CASE

OBSERVATIONS OF THE BENCH

The Bench while analyzing the counter affidavit filed by the University observed that the Act of the University, Statutes and Ordinance do not provide any provision for appointment of the hostel warden and that it is a private matter of the college.

The bench examined Ordinance XVIII which deals with "Of Colleges and Halls" wherein Rule 6A deals with staff council. "In the counter-affidavit of the University referring to practice, the University clearly states that appointment of Warden is purely an administrative affair of the College and the University has no role to play and further the same is not provided for under any of the provisions of the University of Delhi Act, Statutes and Ordinances. We, thus, come to the conclusion that Ordinance XVIII 6-A(5)(b)(iii) does not empower the Staff Council to make any recommendation with regard to the appointment of Warden of the College Hostel.", the judgment said.

On the point of the procedure to be followed before making appointment for the post of hostel warden, the bench held that the Governing Body of the College is to administer the affairs of the College. In doing so the bench relied on Chapter VV-2 of Ordinance XVIII which states that the Body will meet at least once in its term and shall have the supervision to control the affairs of the college.

PROCEDURE TO BE FOLLOWED FOR APPOINTING HOSTEL WARDENS

The Bench while setting aside the judgment of the division bench of the HC observed that the Governing Body should initiate the process of fresh appointment of warden by inviting applications through Principal of College before the Hostel is open for accommodating the students, as an when it reopens.