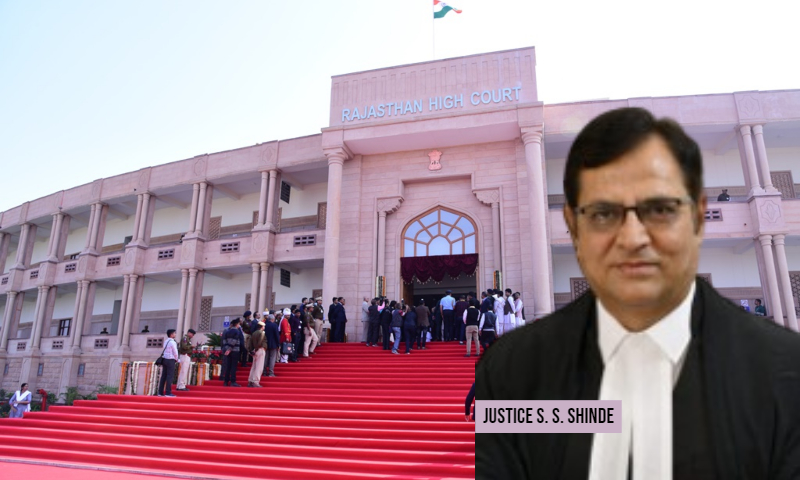 The Supreme Court Collegium has recommended the name of Justice S. S. Shinde as the new Chief Justice of the Rajasthan High Court. Presently, Justice Shinde is serving as a Judge of the Bombay High Court.

He obtained LL.M Degrees from Pune University, and from Warwick University, United Kingdom. He enrolled on 9th April 1987 as an Advocate on the Roll of the Bar Council of Maharashtra & Goa, and started practice as an advocate in the High Court of Bombay, Bench at Aurangabad in November 1989.

In November 1995, he was appointed as an Assistant Government Pleader/ Additional Public Prosecutor of Government of Maharashtra in the High Court of Bombay, Bench at Aurangabad.

As In-charge Government Advocate worked from 16th May 2002 to represent the State of Maharashtra in the Supreme Court of India at New Delhi in Civil as well as in Criminal matters and argued so many cases including Special Leave Petitions, Civil Appeals/ Criminal Appeals, Writ Petitions, Public Interest Litigation and Transfer Petitions etc. till elevation as a Judge of High Court of Bombay.

He was elevated as an Additional Judge of High court of Bombay on 17th March 2008 and confirmed as Permanent Judge.