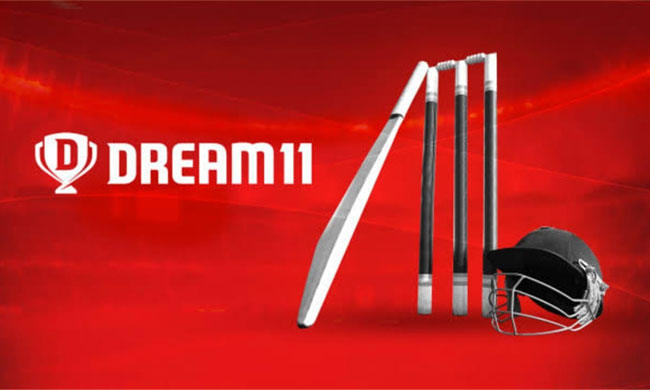 The Supreme Court upheld a Rajasthan High Court order dismissing a Public Interest Litigation that sought ban of online game known as "Dream 11".The bench comprising Justices RF Nariman and BR Gavai dismissed the special leave petition filed against the High court order.Dream 11 is an online Fantasy Sports Game in which one can create a fantasy sports team based on a real-life match and...

Dream 11 is an online Fantasy Sports Game in which one can create a fantasy sports team based on a real-life match and can participate in contests and win cash prizes. One Chandresh Sankhla, had approached the High Court alleging that public in general are being cheated in the name of "Dream 11". To dismiss this petition, the High Court referred to Punjab and Haryana High Court and Bombay High Court judgments which held that "Dream 11" game does not involve any commission of offence of gambling and betting.

"The issue of treating the game "Dream 11" as having any element of betting/gambling is no more res integra in view of the pronouncements by the Punjab and Haryana High Court and Bombay High Court and further the SLPs have also been dismissed against the orders of these High Courts", the High court had observed.

Before the Apex Court, in appeal, a judgment of New York Supreme Court was referred to contend that the fantasy sports like Dream 11 are pure gambling and not games of skill.

"This matter is no longer res integra as Special Leave Petitions have come up from the Punjab & Haryana High Court and have been dismissed by this Court as early as on 15.06.2017. Also, from the Bombay High Court, Special Leave Petitions have been dismissed on 04.10.2019 and 13.12.2019.", the bench said while dismissing the SLP.

To dismiss the plea against Dream 11, the Punjab and Haryana High court had noted that the success in Dream 11's fantasy sports basically arises out of users exercise, superior knowledge, judgment and attention.  The court observed that the element of skill and predominant influence on the outcome of the Dream11 fantasy than any other incidents are and therefore it is a game of "mere skill" and not falling within the activity of gambling.

The Bombay High Court had held Dream 11 is a game of skill and not a game of chance."It can be seen that success in Dream 11's fantasy sports depends upon user's exercise of skill based on superior knowledge, judgment and attention, and the result thereof is not dependent on the winning or losing of a particular team in the real world game on any particular day", the High Court had observed.

Before the New York Supreme Court, the challenge was against a law which declared that interactive fantasy sports contests do not constitute gambling.

While holding that the said law is unconstitutional on the ground that it it violates the prohibition against gambling in NY Constitution, the court noted that although participants in IFS contests may use their skill in selecting teams, they cannot control how the athletes on their IFS teams will perform in the real-world sporting events.

"Participants in such contests select fantasy teams of real-world athletes and compete against other contestants based on a scoring system that awards points based on the performances of the selected individual athletes in actual sporting events that are held after the IFS contest is closed and no more participants may enter the contest. Participants in IFS contests may use, among other things, their sports knowledge and statistical expertise to determine how athletes individually, and their fantasy teams overall, are likely to perform in such sporting events. Participants cannot control how the athletes on their fantasy sports teams will perform in such sporting events, and the winnings paid to successful online IFS contestants come from the entry fees paid by all contestants.", it was observed in the majority judgment.

One judge dissented and opined that the Legislature could reasonably determine that 'the outcome of an IFS contest does not depend, to a material degree, on chance, and the activity is not gambling under that category'.

In NY Constitution, it is stated that "no lottery or the sale of lottery tickets, pool-selling, book-making, or any other kind of gambling . . . shall hereafter be authorized or allowed within this state; and the Legislature shall pass appropriate laws to prevent offenses against any of the provisions of this section"