Gravity Of Complaint Under Negotiable Instruments Act Cannot Be Equated With An Offence Under IPC Or Other Criminal Offence: Supreme Court 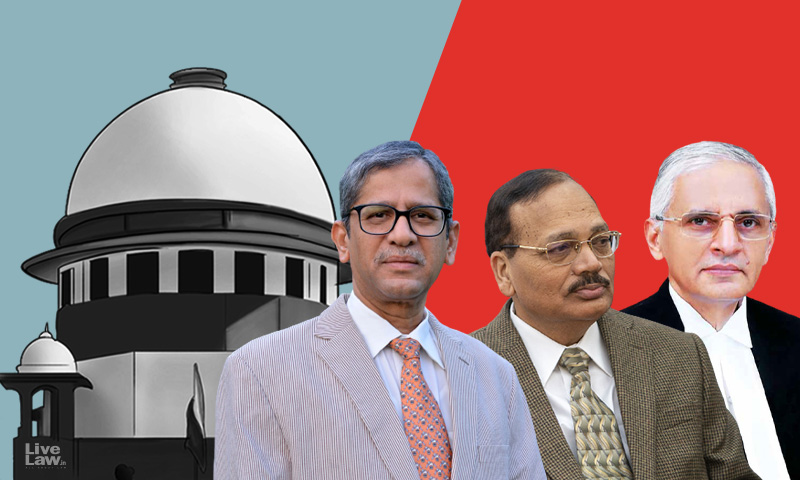 The Supreme Court observed that the gravity of complaint under Negotiable Instruments Act cannot be equated with an offence under the provisions of the Indian Penal Code or other criminal offence.The court reiterated that that the presumption under Section 139 of the Negotiable Instruments Act would remain, until the contrary is proved. Whether there is rebuttal or not...

The Supreme Court observed that the gravity of complaint under Negotiable Instruments Act cannot be equated with an offence under the provisions of the Indian Penal Code or other criminal offence.

The court reiterated that that the presumption under Section 139 of the Negotiable Instruments Act would remain, until the contrary is proved. Whether there is rebuttal or not would depend on the facts and circumstances of each case, the bench of CJI NV Ramana, Justices Surya Kant and AS Bopanna said.

These observations were made while upholding the conviction of an accused in a 'cheque bounce' case. The court, taking note of the background and the time period spent in litigation, modified the sentence and limited it to payment of fine only.

The case of the complainant was that the accused who was known to him for the past few years approached him and informed that due to his financial difficulty he intends to sell the house. The complainant agreed to purchase the same for the negotiated total sale consideration of Rs.4,00,000. An agreement was executed while receiving the advance amount of Rs.3,50,000. Subsequently, when the complainant made certain enquiries, he learnt that the house stood in the name of the father of the accused and the accused did not have the authority to sell the same. In that view, the complainant demanded the return of Rs. 3,50,000 which he had paid as the advance amount. The accused instead of paying the entire amount, issued a cheque  for the sum of Rs. 1,50,000  being part of the amount. The complainant presented the cheque for realisation which came to be dishonoured with the endorsement 'insufficient funds'. He issued a notice and later filed a complaint. The said complaint was allowed by the Magistrate and the accused was convicted and sentenced to undergo simple imprisonment for six months and to pay the fine of Rs. 2,00,000. The Sessions Court dismissed the appeal filed by the accused. The High Court, however, allowed the Revision Petition and acquitted the accused.

In appeal, the complainant-appellant contended that since the signature was admitted by the accused, the Magistrate was justified in raising a presumption against the accused   and convicting him since there was no rebuttal evidence or contrary material whatsoever. here was a transaction entered into between the parties towards which the payment was made but the manner in which the High Court has adverted Page 8 of 23 to the said document is beyond the scope of the requirement in a proceeding under Section 138 of the N.I. Act.

While considering these contentions, the court noted that the High Court judgment referred to certain discrepancies in the agreement relating to the details of the property and the complainant having admitted with regard to not having visited the property or having knowledge of the location of the property.  "Such consideration, in our opinion, was not germane and was beyond the scope of the nature of litigation. The validity of the agreement in the manner as has been examined by the learned Single Judge may have arisen if the same was raised as an issue and had arisen for consideration in a suit for specific performance of the agreement.", the court said.

The bench referred to following observations made in Basalingappa vs. Mudibasappa (2019) 5 SCC 418

The court noted that the contention of the accused  was that a relative of the complainant was the junior of his advocate and he has used his dominant position to secure the signature on the cheque. But there is, the court said, absolutely no explanation whatsoever to indicate the reason for which such necessity arose for him to secure the signatures of the accused, if there was no transaction whatsoever between the parties.

The court, examining the factual details, observed that the case put forth by the accused does not satisfy the requirement of rebuttal even if tested on the touchstone of preponderance of probability and therefore it cannot be held that the presumption which had arisen in favour of the complainant had been successfully rebutted by the accused.

However, while upholding the conviction, the bench modified the sentenced part. Instead of imprisonment, he was directed to pay the fine of Rs. 2,50,000 within three months. In this regard, the court said:

"The subject cheque has been issued towards repayment of a portion of the advance amount since the sale transaction could not be taken forward. In that background, what cannot also be lost sight of is that more than two and half decades have passed from the date on which the transaction had taken place. During this period there would be a lot of social and economic change in the status of the parties. Further, as observed by this Court in Kaushalya Devi Massand vs. Roopkishore Khore (2011) 4 SCC 593, the gravity of complaint under N.I. Act cannot be equated with an offence under the provisions of the Indian Penal Code, 1860 or other criminal offences. In that view, in our opinion, in the facts and circumstances of the instant case, if an enhanced fine is imposed it would meet the ends   of justice. Only in the event the respondent­accused not taking the benefit of the same to pay the fine but committing default instead, he would invite the penalty of imprisonment."